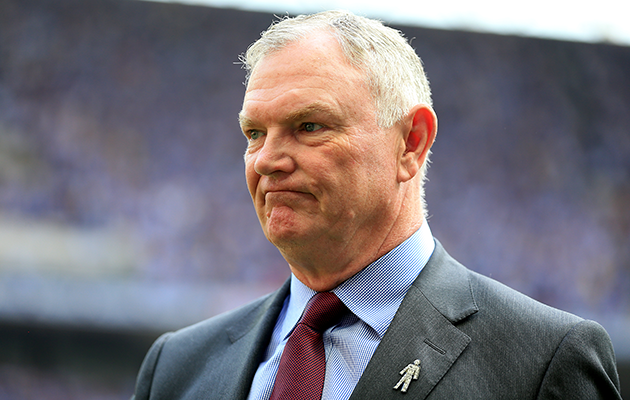 The Football Association chairman, Greg Clarke, says the sex abuse scandal that has come to light in English football in recent days is “the biggest crisis I can remember”.

Clarke was speaking two days after the FA set up a review into what clubs knew about convicted paedophile Barry Bennell, the former football coach at the centre of the scandal.

“In the 1990s society – media, politics, children’s homes, sport – was sleep-walking and we were part of the problem,” added Clarke, who said the FA will make the report of the inquiry, which will be headed by Kate Gallafent QC, public.

“We’re certainly taking it extremely seriously,” Clarke told Sky News. “I don’t know if there was a cover-up or not, I really don’t know,” he added.

“I think the moral consequences of failing to deal with some of these issues in the past we must get to the bottom of. I suspect like many big problems people aren’t drawn towards them. My methodology is, if there’s a problem, run towards it, embrace it, fix it, disclose everything that happened.

“I think institutionally all organisations in the old days used to protect themselves by keeping quiet and closing ranks. That’s completely inappropriate and unacceptable today”.

Former Crewe player Andy Woodward was the first to speak out about the abuse he suffered as a child at the hands of Bennell.

Bennell, who also worked for Manchester City, Stoke and junior teams in north-west England, was given a four-year sentence for raping a British boy on a football tour of Florida in 1994 and a nine-year sentence in 1998 for 23 offences against six boys in England. He was jailed for a third time in 2015 after admitting abusing a boy at a 1980 football camp in Macclesfield.

Ex-England and Manchester City striker David White also says he is another victim of Bennell, while former Tottenham, Liverpool and England midfielder Paul Stewart has spoken about being sexually abused by an as yet unnamed coach.