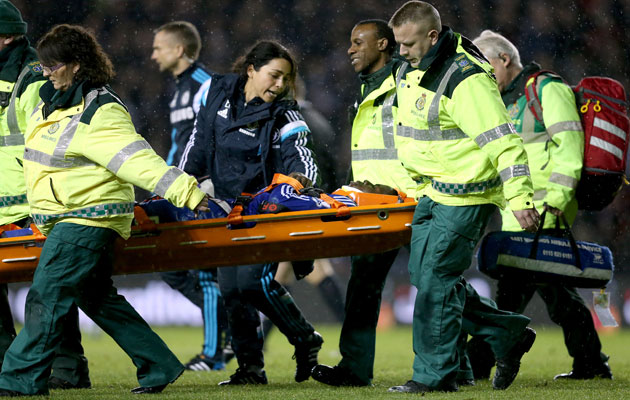 The Football Association has asked fans to report sexist abuse at games after being shown footage of women officials and staff being subjected to obscene chants.

FA board member Heather Rabbatts described the abuse as “horrible”.

She said it should not be tolerated, adding: “We are absolutely encouraging people to report incidents like this.”

The footage was taken at Chelsea matches against Manchester City and Manchester United, as well as a game in the Football League.

Chelsea said in a statement: “‘The issue of equality is one that we take extremely seriously at Chelsea Football Club and we abhor discrimination in all its forms, including sexism. We find such behaviour unacceptable and we want it eradicated from the game.”

This season, 25 match-day incidents of sexist abuse have been reported to anti-discrimination campaign group Kick It Out and equality group Women in Football (WiF). Last season, there were just two.

However, no club or fan has ever been punished by football’s governing bodies.

Manchester City admitted “a breakdown in communication” meant “the usual investigation process was not followed”.

The club added: “A new specific guidance on sexist abuse was introduced from the very next game and a new training programme implemented.”

Manchester United said: “No complaint was made at the time, so any feedback of this nature made after the event has to be referred to the police, which the club did within 24 hours.”

The Football Supporters’ Federation told the BBC “doesn’t receive many complaints in relation to sexist chanting at games, although that isn’t to say it doesn’t happen”.

Campaign group Women in Football is launching an anti-sexism social media drive on Friday to highliught the treatment of women within the industry.

Minister for Sport Helen Grant is supporting the initiative.

She said: “It is absolutely right that we champion and celebrate women who work in the football industry and play vital roles in making the game the success that it is.

“I want more women to get involved in football across the board and to see it as a great industry to work in. Sexism, in any shape or form, should not be tolerated so I applaud this push to encourage people to report any incidents of sexist abuse and for the promotion of inclusivity across football.”

You can see the full report from the BBC here.