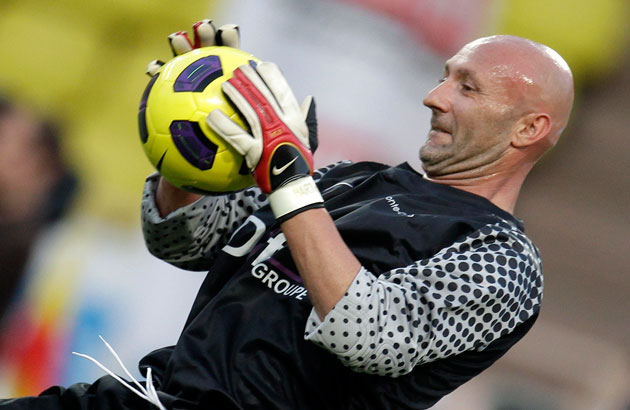 Barthez has been president of Luzenac Ariege Pyrenees since 2012 the club has risen to the giddy heights Ligue 2 following a 1-0 win over Boulogne at the weekend.

This is the first time they will have played at this stage and is a remarkable achievement for a club hailing from a small village with a population numbering just 650.

Fabien was born just 20 miles away from the village which is close to the border between France and Spain.

Up until 2000 they were playing in the sixth tier of French football but they have gradually moved up the pyramid. Their attendances this season have been around the 1200 mark.

The promotion clinching win over Boulogne came at the Stade de Courbet in Foix, 20 miles from Luzenac, their home after the French Federation forced them to leave their tiny, one-stand home Stade de Paul Fedou in the summer.

Barthez has confirmed that from next season they will have to move again to a new ground.

Running has been just one of a number of hobbies Barthez has taken up since hanging up his goalkeeping gloves.

In 2008 Barthez began a career in motorsport after retiring from football a year earlier. Last October he was crowned champion of France’s GT motorsport series.