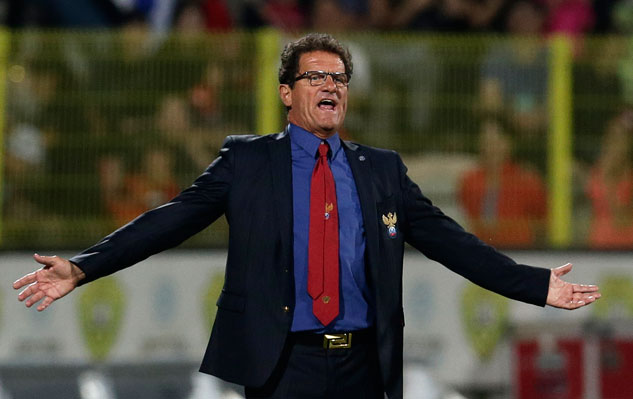 Fabio Capello has questioned the quality of Italian football, claiming that champions Juventus are suffering in the Champions League as a result of a lack of competition in Serie A.

Juventus, despite winning the last two domestic titles at a stroll, were knocked out of Europe’s top club competition at the group stage this season.

Capello, a former Bianconeri boss, believes that the lack of competition at home is undermining their continental ambitions.

“Juventus are good in Italy and bad out of it,” he told Gazzetta dello Sport. “There is no competition for them in Serie A, and therefore, no proper workouts.

“Just look at the squads – last summer Roma, Fiorentina and Napoli all sold their best players abroad. Jovetic, Cavani and Lamela all left, whilst Juventus have just added quality.

“Juve were a flop in the Champions League, but the fact that the final of the Europa League is in Turin should act as a stimulus for them in that competition.”

“Atleti are the favourites against Milan. I saw them against Barcelona and they are a great team,” he said.

“They can score from various ways – Costa, Villa and dead-ball situations. There are no complicated calculations for this game – Milan just have to be better in the two legs.

“I can’t judge Seedorf yet. He’s only just started, but he’s joined at a crucial time of the season.

Juve’s Champions League dreams were ended by Turkish outfit Galatasaray. It was an unusual fixture, with the original match called off as a result of a freak snowstorm in Istanbul. Twenty four hours later the players returned and the state of the pitch did not exactly lend itself to fluent football, or football of any kind. Nevertheless, the Italian champions, requiring just a draw to reach the knockout stages, were on course to achieve just that, when this happened.