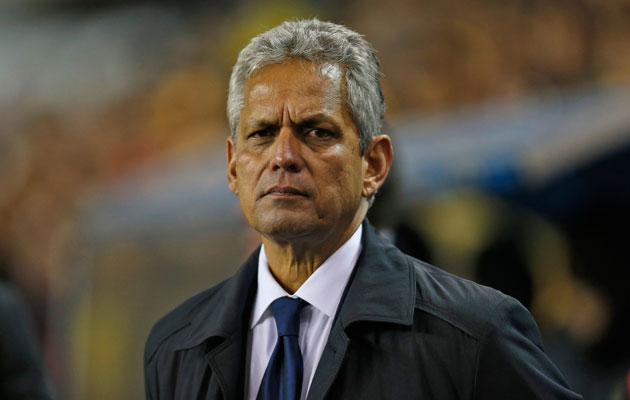 The season starts today for Rio giants Flamengo, who assemble today for pre-season training ahead of a year when the pressure is on to win the Libertadores Cup or the Brazilian Championship. The club have spent a few years working hard to balance the books, and with the finances in order the fans are impatient for some serious silverware.

But the project may well go off the rails on day one. The focus on this first day of the working year will not be on the players, but on Colombian coach Reinaldo Rueda.

After winning the 2016 Libertadores in fine style with Atletico Nacional of Medellin, Flamengo brought him south in August of last year. Effectively they were giving priority to 2018.  It would inevitably take a few months for Rueda to learn about his new environment. In the end he took them to two finals – in the domestic cup and the Copa Sudamericana. Both were lost, but at least the coach had a long look at the players available to him and the standard of the opposition. Bedded in, there would be no falling at the last fence in 2018.

But then Chile came knocking at the door. The reigning champions of South America failed to qualify for this year’s World Cup. Their golden generation, by some distance the most outstanding in the country’s history, is coming to an end. They have identified Reinaldo Rueda as the man to carry them forward, and seem prepared to reward him well for his efforts.

Chile certainly have rational reasons to panic. Outside the big two of Brazil and Argentina, the story of South American national teams is full of peaks and troughs – one generation makes a big impression, but their successors are unable to reproduce anything like the same quality and the team goes through hard times. It happened to Rueda’s own Colombia after the Valderrama generation of the late 80s and early 90s. It is happening to Paraguay at the moment; since giving Spain such a scare in the 2010 World Cup they have not qualified again. And perhaps the most glaring example is that of Peru, who after the Cubillas generation ebbed away in the early 80s have failed to make it to any subsequent World Cups – until this one in Russia, where they edged out Chile to snatch the play-off slot.

In the end, then, that Confederations Cup final against Germany proved to be a last hurrah for a wonderful Chilean generation, many of whom came through the 2007 Under-20 side.

And therein lies the problem. Chile’s subsequent Under-20 teams have been nowhere near as good.  It is arguable that not enough importance has been given to them. Certainly during the successful reign of Jorge Sampaoli in charge of the senior side, there was an alarming lack of integration with the Under-20s. Chile have identified Rueda as the man to put that right.

His qualifications are obvious. Rueda took Ecuador to the last World Cup, and Honduras to the one before that. But he first made his name as a youth development specialist, taking Colombia to the semi finals of the 2003 Under-20 World Cup. He has, then, considerable experience at both ends of the scale.

It is easy to understand why the task is attractive to Rueda. Not only does it match his skill set (and reportedly, pay him very well), it also offers him a level of job security unthinkable in his current employment. With Chile he would be safe at the very least until after the 2019 Copa America in Brazil. With Flamengo, on the other hand, his contract runs until the end of the year – but given the present fever for serious titles, there is not the slightest guarantee that he would last that long.

The Chilean press say that he is likely to be presented as the new national team coach on Thursday.  Flamengo, meanwhile, say that they have heard nothing from their coach, who spent the festive season in his native Colombia. Last week club president Eduardo Bandeira said that Rueda was the coach and there was no plan B. In the next couple of days he may have to start working his way down the alphabet.