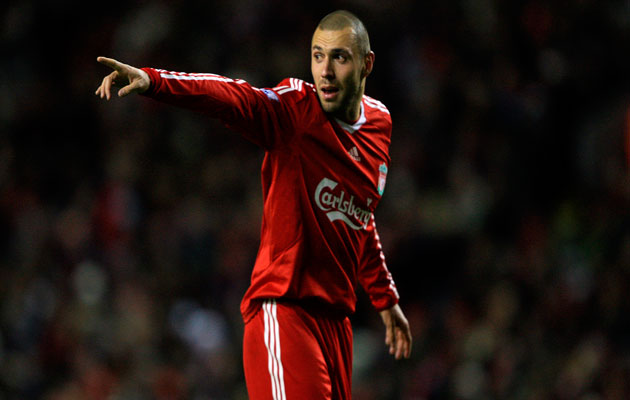 A former Liverpool footballer has been arrested on suspicion of shoplifting at Harrods.

A woman, believed to be Dossena’s girlfriend, was also arrested.

“They were taken to a west London police station. Both the man and woman have been bailed to a date in late April, pending further enquiries.”

He moved League One side Orient last year after being released by Sunderland.

Former Liverpool midfielder, Didi Hamann, hardly a paragon of virtue himself, made light of Dossena’s arrest.

Dossena been arrested for shop lifting at Harrods. He got away with stealing a living in Liverpool.