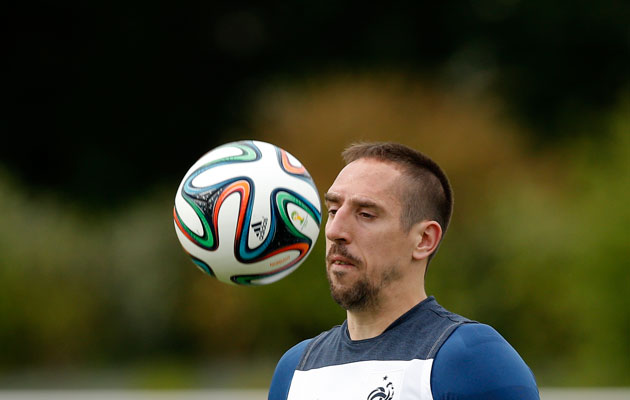 The Bayern Munich player missed this summer’s World Cup in Brazil after suffering a back injury in training shortly before the tournament got under way, and has now decided that his international career is over.

“I quit,” the 31-year-old told Kicker. “I have found for myself that this moment has come.”

Ribéry was a losing World Cup finalist in 2006 and has represented France at the European Championships of 2008 and 2012 as well as the ill-fated World Cup in South African in 2010.

He said he wanted to make way for a younger generation of players.

“I want to focus on my family and fully concentrate on my work at Bayern Munich and make way in the national team for the many young and exciting players,” he said.

“One has to know when to stop. I have experienced so much and now is the time for others to come forward. You could see at the World Cup that we should have no concerns about France’s future.”

Ribéry, who won 81 caps and scored 16 international goals, was expected to be an integral member of France’s World Cup team in Brazil, but injury deprived him of an international swansong.

“There were highs and lows but now is the time to start a new chapter in my life,” he said.