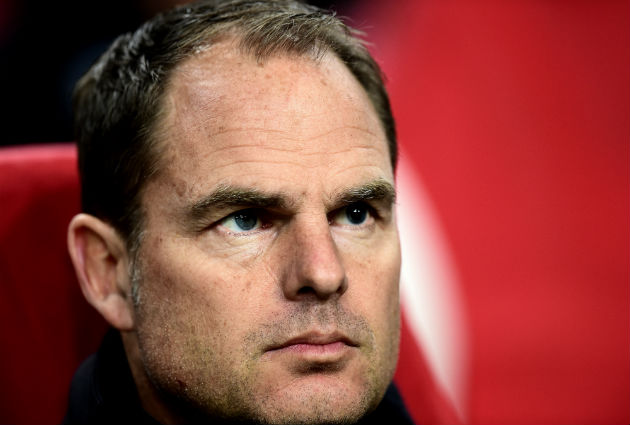 Frank de Boer has announced he has left the Ajax managerial post after six years in charge.

Ajax missed out on the Dutch title in dramatic fashion after being held to a surprise draw with second-from-bottom club, De Graafschap.

Ajax needed a win to secure the title, but the draw allowed PSV to overtake Ajax and retain their title after they won at PEC Zwolle.

De Boer had a year left on his contract, but in wake of this title collapse, it is understood that he notified the Ajax board of his intentions to leave.

“I began to realise it was time for something else,” he said to the club’s website.

“That is better for me and I think also for Ajax.

“What I will do, I do not know yet. A year without a club is also an option. I’ll see what comes my way.”

“It was our own fault, we had it in our hands,” said de Boer after the game.

“We are sorry that he is leaving,” said the former Manchester United keeper.

“It is not known yet what he will do, but we wish him every success in his future endeavours.”

De Boer won four successive league titles with Ajax, and has been heavily tipped to manage Everton in the future after his agent said that he would “love to join a club like Everton”.