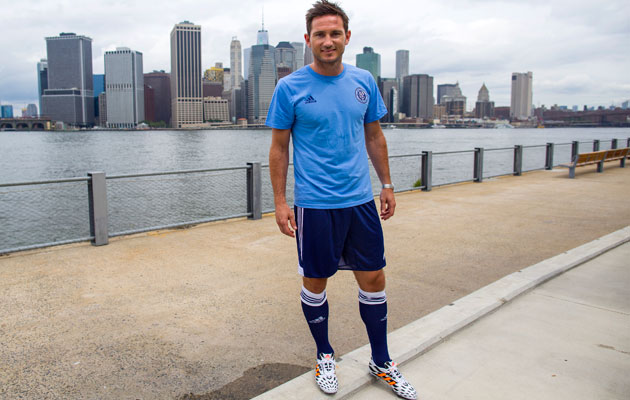 Frank Lampard says he intends to visit the memorial dedicated to the victims of the September 11 terrorist attacks after agreeing his move to new MLS franchise New York City FC.

Lampard was one of four Chelsea players fined by the Premier League club in 2001 for taking part in a drinking binge in front of American tourists who were stranded at a hotel near Heathrow Airport just 24 hours after the attack on the World Trade Center.

The 36-year-old midfielder, who completed his move to the States on a two-year deal on Thursday, insisted he never meant to cause offence and will visit the National September 11 Memorial and Museum to pay his respects.

“It’s a huge memorial and I will certainly go there to pay my respects,” he said

He told the Daily Mail: “I categorically did not set out to insult anyone or behave badly in front of the Americans and this is an excellent chance to say that. I’m very sensitive to the issue and the tragedy.

“I was naive and a young boy at the time. I was out on a day I shouldn’t have been – I certainly wouldn’t do it today. I’ve tried in the last 13 years at Chelsea to be not just a good footballer, but a good man off the pitch.”

Lampard was 23 when he participated in the incident which involved stripping, swearing and vomiting. He may have been naive, but to call himself a young boy stretches credulity to breaking point.