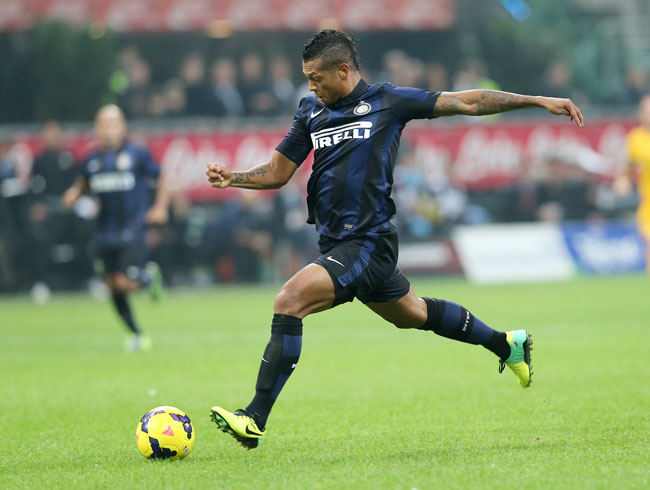 Fredy Guarin is unhappy at Inter trying to sell him without his consent.

Inter midfielder Fredy Guarin has launched taken to Twitter, to accuse Inter of putting him up for sale without his consent.

The 27-year-old was on the verge of joining Juventus last week in an exchange deal involving Mirko Vucinic, but the transfer collapsed at the 11th hour when Inter president Erick Thohir controversially called it off.

The Colombia international’s future at Inter is still very much in the balance as the January transfer deadline looms, and he has now angrily hit out at the club – contradicting reports that it was he who wanted to leave.

“Inter, it is you who put me up for sale without asking me,” Guarin tweeted.

“I was feeling calm and good at the club. I want clarity and respect – for me, my agent and the supporters.

“For the fans, I just want to thank you because you have been affectionate and respectful towards me and appreciated my work.

“If I have to leave, you will always be in my heart because at Inter I made a dream come true. If I remain, I will use all my power and all my heart to help Inter win.”

Guarin has attracted interest from a number of clubs this month and Inter expect to receive further transfer inquiries ahead of Friday’s deadline.