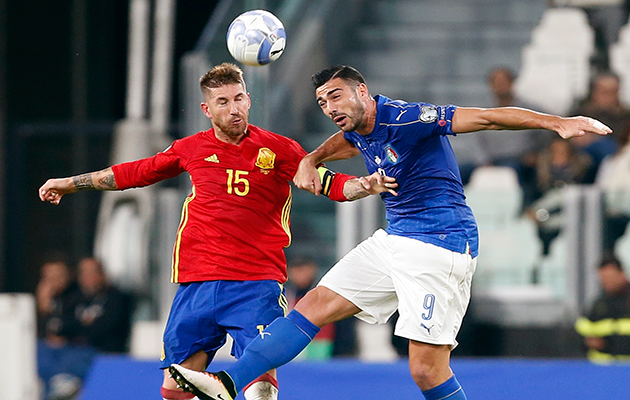 Italy coach Gianpiero Ventura has sent home striker Graziano Pelle after the Shandong Luneng forward refused to shake his hand when he was substituted during Thursday’s 1-1 draw with Spain.

Pelle was taken off on the hour after an disappointing display in the World Cup qualifier against Spain, which ended in a 1-1 draw.

The Italian football federation says Pelle has been sent back to his club in China, Shandong Luneng, and will therefore not be available for selection for Sunday’s qualifier in Macedonia.

Pelle was immediately contrite and took to Instagram to apologise for his conduct.

“It was unacceptable behaviour, firstly against the coach and also, towards my team mates, who have always shown me to have important values in this fantastic Italy group we belong to.

“Like any great mistake, I accept the consequences. And it is only right that I take responsibility. I must ask offer my apologies from my heart to everyone.”

Ventura, though, played down the incident even before the striker had apologised for his snub.

“Pelle was angry, I think this was not so much because of the substitution as the way we had played up to that point,” he said.

“He’s a great guy and in the cold light of day, I’m sure he will realise he was wrong,” said Buffon. “If he apologises for his behaviour, we will be happy to embrace him. It was wrong but these things happen in such tense matches.”