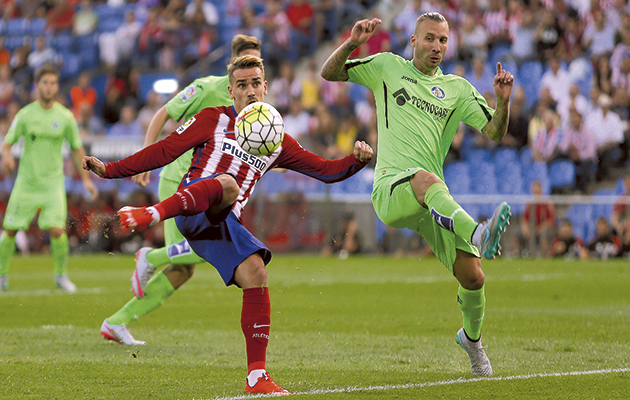 In-demand forward Antoine Griezmann has revealed that he is “close” to extending his contract with Atletico Madrid.

Griezmann scored his 32nd goal of the season in Saturday’s 2-0 win against Celta Vigo as Atletico finished third in La Liga. The French forward has also been instrumental in the club reaching the Champions League final, where they will face rivals Real Madrid on May 28.

With many of Europe’s leading outfits expressing an interest in signing Griezmann, Atletico are keen to tie down the player to a new deal. His current contract expires in 2020.

“I’m fine at Atletico. I’m close to renewing my contract. We’re on the right path,” the forward told Canal+.

“I’m happy with everything that’s happened to me this season.”

Griezmann, who was recently profiled in World Soccer, is also expected to be a key member of France’s Euro 2016 squad.

“I hope I can finish the season by winning the Champions League and then the European Championship,” he continued. “That’d make me very happy.

“[The CL final] will be a great match. It’ll be my first Champions League final and I hope to win it.

“I hope to lift the trophy and have a good game.”

AS also suggests that Atletico are planning to implement a €100m buyout clause in Griezmann’s new deal.