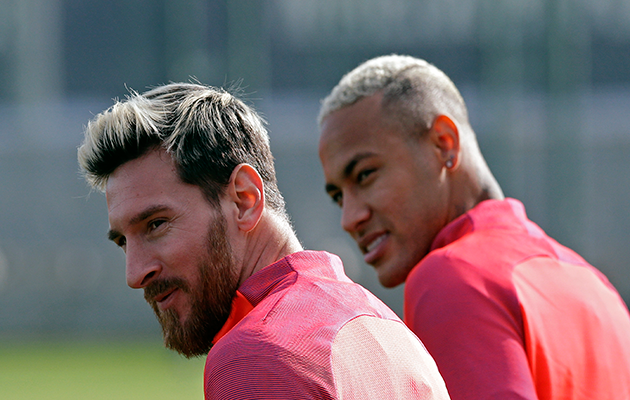 Pep Guardiola says his Manchester City side must treat tonight’s Champions League clash with Barcelona like a final.

City lost the away leg 4-0 in Spain a week ago and are second in Group C, one point ahead of Borussia Monchengladbach. With a trip to Germany still to come, defeat tonight at the Etihad would raise doubts about City’s chances of reaching the knockout stages.

“We dropped two points against Celtic, so we have to recover those points,” said the former Barcelona manager.

“We have to be focused for 90 minutes, knowing they are going to provoke mistakes because of the quality they have,” added Guardiola.

“But we had a few chances [in the first game] and have to keep going in that sense and try to finish better than we did in Barcelona.

“We will try. I have never entered a match thinking we can’t win but we have to play almost perfectly.”

Even if City do attain perfection, Guardiola acknowledges that in Messi and Neymar, Barcelona can be unplayable.

“The two wide players from Barcelona are almost unplayable,”he said.

Asked how he would deal with the dual threat, Guardiola simply said: “I have an idea, yeah”.

City striker Sergio Aguero is expected to start on Tuesday although right-back Pablo Zabaleta is a doubt with injury.

Aguero started the game at the Nou Camp on the bench but, following two goals in a win over West Brom in the Premier League on Saturday, is expected to return to the starting line-up for tonight’s game.

Meanwhile, Barcelona boss Luis Enrique said: “It will be an encounter of identical philosophies, similar to what we saw at Camp Nou.

“We will have to put in a big effort – be effective with and without the ball. The key will be to limit their thinking time, so that they do not have time in possession. We aim to keep the pressure high and try to make City attack as little as possible.

“I am sure that Guardiola knows the key to making things difficult for us.

“In three months [at City] he has managed to make his team identifiable which is certain to grow. Every month that passes, the immediate future of Manchester City is promising.”

Barcelona are without injured captain Andres Iniesta and defenders Gerard Pique, Jordi Alba, Aleix Vidal and Jeremy Mathieu, who was sent off in their first meeting.