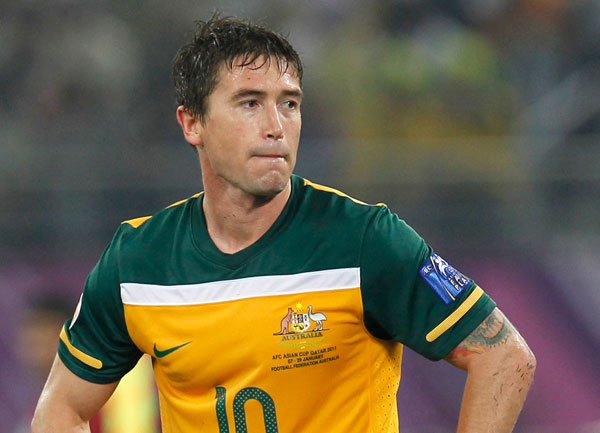 Harry Kewell has announced he is to retire from professional football.

Now seems as good a time as any to wheel out the line used by Dorothy Parker when told that President Calvin Coolidge had died. “How could they tell?” she quipped.

For Kewell’s career as a professional footballer ended many years ago, Despite the frequent protestations that he retained a burning desire to continue playing, the reality shows that his career has been in freefall since he left Leeds United 11 years ago. Ever since, it’s all been about the money.

The Australian, now 35, made over 250 Premier League appearances for Leeds and also during an injury-blighted five years at Liverpool between 1995 and 2008.

Since then there have been three unspectacular seasons in Turkey, two periods in Australia punctuated by a brief spell in Qatar.

His final appearance will be against the Western Sydney Wanderers in the A league on Saturday, 12 April.

But, somewhat fittingly, Kewell may not be there for his own farewell, as he will miss the Heart’s next two matches against Brisbane Roar and Adelaide United after suffering an abdominal strain in the defeat to the Central Coast Mariners last Sunday.

There was a time, though, when Kewell was more than merely a wasted talent and a poster boy for the excesses of the Premier League.  He could actually play a bit too.

He was named his country’s greatest ever footballer in a vote by players, fans and journalists in 2012.

“To achieve what he has done as a European player would have been amazing but to do it as an Australian player who needed to leave home as a teenager makes it a very unique and special story.”

Kewell himself said on Twitter: “On my way to officially announce my retirement…Thank you for all the kind tweets you’ve sent so far..#EndofanEra”.