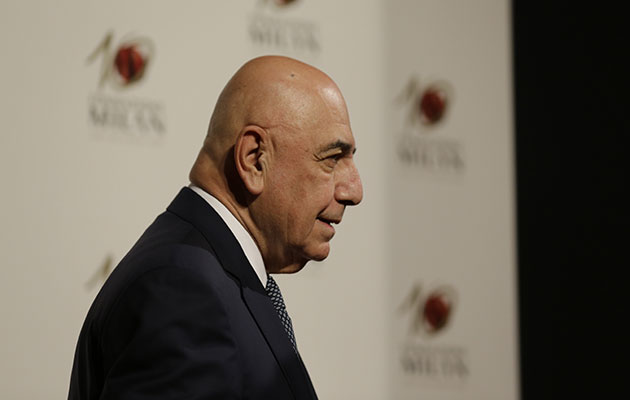 Italian police have seized assets from players, their agents and club executives as part of an investigation into alleged tax evasion in the country’s Serie A and Serie B divisions.

Reports in Italy are suggesting that around 60 managers, players and agents involved with 35 clubs are being investigated for alleged tax evasion and submission of false invoices.

Officials based in Naples were seizing cash, stocks and property worth more than 12 million euros, city prosecutor Vincenzo Piscitelli said in a statement.

In Italy, being placed under investigation does not imply guilt and there is no guarantee that charges will eventually be broiught against the individuals.

Lawyers for Milan said Galliani had been informed on Tuesday that an investigation had been completed and that they do not expect charges to be filed.

The raids are part of a broader investigation that uncovered a “deep-rooted system intended to evade taxes, put in place by 35 football clubs in Serie A and Serie B along with more than 100 other individuals, including players and their agents,” Piscitelli said.

Police claim players’ agents created false invoices for their services to clubs, which in turn took advantage of the chance to pay lower taxes on the sums involved.

The system, which allowed the players to avoid declaring “fringe benefits” to the tax authorities, also showed some agents used false documentation and companies set up in tax havens to evade the system, Piscitelli added.