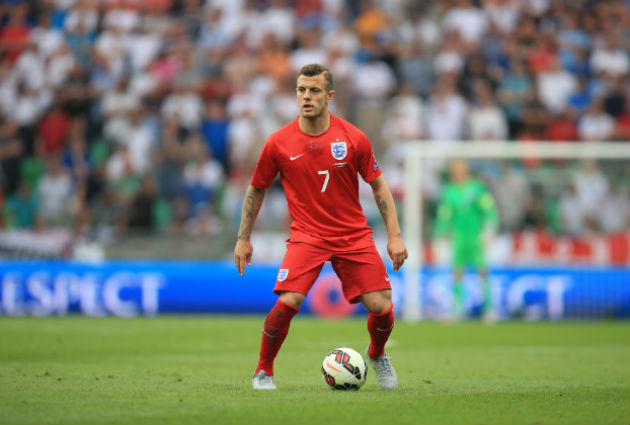 Arsenal midfielder Jack Wilshere has returned to full team training for the first time since he fractured his fibula in pre-season, Arsene Wenger revealed.

The news will be welcomed by Arsenal fans, and England manager Roy Hodgson who could shoehorn Wilshere into his Euro 2016 squad, providing the midfielder proves his fitness and form.

Wilshere has endured another season of injury-heartache after he was out for a long period of time last season with ankle ligament damage.

After a good pre-season, Wilshere was hoping for a season of good health. However an accidental challenge by Arsenal defender Gabriel in training left Wilshere needing surgery, after the initial prognosis ruled him out of action for a month.

Wishere could make his comeback for the U21s next week in a bid to build up his match fitness. There was more good news for The Gunners as Arsene Wenger also confirmed that Tomas Rosicky – whose season was feared to be over after he picked up a thigh strain – has also returned to full training.

“Wilshere and Tomas Rosicky are back in full training. Basically they are progressing well,” Wenger told the club’s official website.

“We have not decided that (if Wilshere will feature for U21s) yet. It is his first week back in full training and we’ll see how he responds to that, but the first signs are quite good. We’ll assess our options next week.”

Wenger also added that Petr Cech was back to normal training but said that it was “too early to say if he will be available for the weekend, as he might be a bit short to be competitive.”