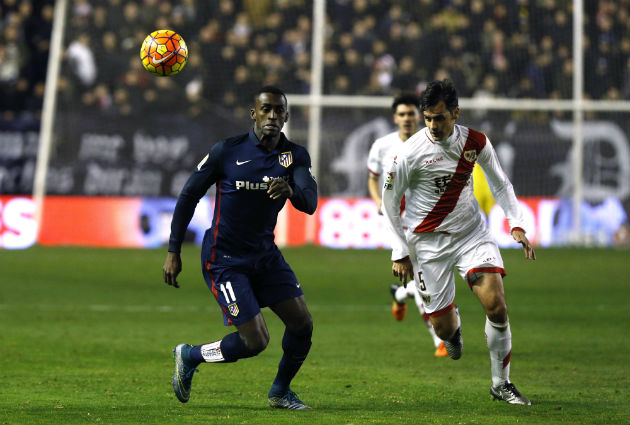 The trend of big name stars pursuing their football careers in the Far East continues.

Martinez follows a host of names to China, including former Chelsea midfielder Ramires, who signed for joined Chinese Super League club Jiangsu Suning for a fee believed to be in the excess of £20m.

Guangzhou Evergrande said that they were delighted with their latest acquisition and firmly believe that Martinez will bolter their ranks.

“We firmly believe that the addition of international football star Jackson Martinez will strengthen our attack, providing more exciting performances for everyone,” the club said in a statement.

Martinez has endured mixed fortunes during his brief stint in Spain – he joined Atletico seven months ago in a 35m euro transfer from Porto – and during that time he has scored two goals.

Atletico Madrid and Jorge Mendes do one of the deals of the year https://t.co/fcRRA9px2G

Athletico have relied on the goal scoring exploits of French forward Antoine Griezmann, who has scored 18 goals in all competitions this season.

It is also being reported that super-agent Jorge Mendes made this massive deal, and in the process taking his career figures to approximately £1.25bn.