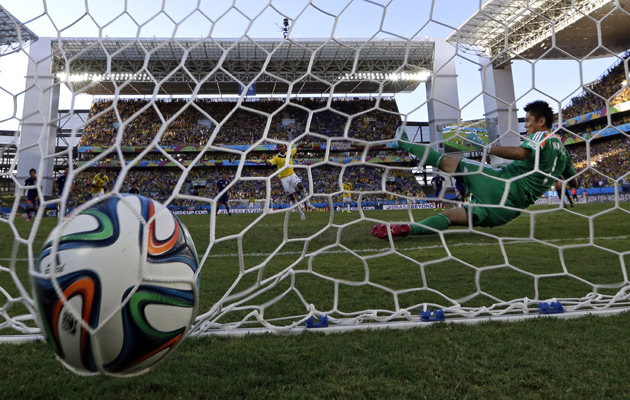 ]Match overview: Colombia qualified for the second round as winners of Group C after an emphatic second-half performance against Japan in Cuiaba. Japan played some positive, attacking football for most of the game but were ultimately defeated by the quality of Colombia’s attack. Jackson Martinez and substitute James Rodriguez were outstanding as they combined for all of Colombia’s three second-half goals.

Key moment: In the 64th minute, with the score at 2-1, Japan full-back Atsuto Uchida sent in a great cross from the right but Yoshito Okubo sent his shot over the bar and Japan had missed their best chance to get back in their game.

Man of the match: James Rodriguez was rested from the starting line-up but he appeared as a half-time substitute and gave Colombia added quality to see off the challenge of a spirited Japan side.

Matter of fact: Faryd Mondragon, aged 43, became the oldest player to compete at a World Cup finals when he made an 85th-minute substitute appearance, beating Roger Milla’s record from 1990.

Talking point: Japan had twice as many chances as Colombia, created by some dynamic midfield play and exceptional movement by the full-backs, but they lacked the penalty-box finisher needed to convert the opportunities created.