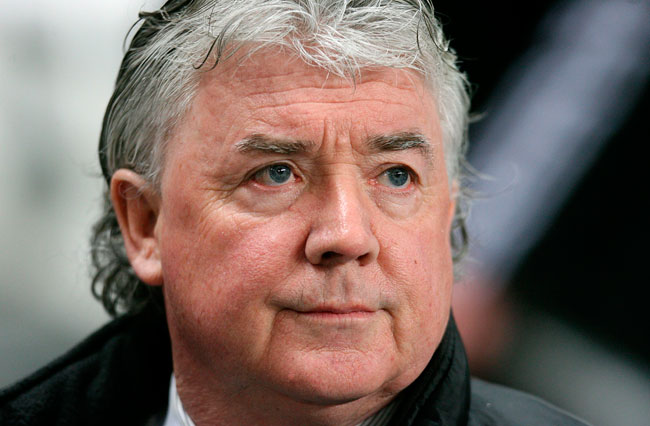 Joe Kinnear has quit as director of football at Newcastle United.

If Kinnear has one regret since arriving at Newcastle it will be his request to be judged on the players he signs. Which is precisely what the club did; having failed to make a solitary permanent signing over the course of two transfer windows, there was nowhere else for Kinnear to hide.

The surprise is not that he has left, but that he was allowed to survive so long. Only Kinnear’s friendship with club owner Mike Ashley – the pair are longstanding drinking partners – delayed the inevitable until now.

Although Newcastle have signed two players on loan in Loïc Rémy and Luuk de Jong, both were already known to manager Alan Pardew as he had failed with previous attempts to sign them.

The final nail in Kinnear’s coffin came with the departure of the club’s playmaker Yohan Cabaye, whose desire to leave the club had been well known for a year. Despite being forewarned, Newcastle were unable to find a replacement when the French international left for Paris St-Germain last week.

The appointment of Kinnear always seemed a strange one – he had not worked in football since stepping down as Newcastle United manager in 2009 due to ill health, and even that brief spell at St James Park came after a four-year absence from the game.

Matters were not helped when Kinnear gave a bizarre interview to Talksport, during which he claimed to have replaced someone called “Derek Lambesi” (actually Llambias) as the club’s director of football.

He also claimed that when he was in charge at Wimbledon he had signed Dean Holdsworth for £50,000 (actually £650,000), sold Robbie Earle (retired a year after Kinnear left), had been awarded the LMA Manager of the Year award three times despite only winning the award once, and claimed to have signed John Hartson on a free when he in fact paid a club record £7.5 million for the striker. The mispronunciations of  Yohan Cabaye (Kebab), Hatem Ben Arfa (Afra), Shola Ameobi (Amenobee) were merely icing on the cake.

He also criticised Newcastle fans, suggesting that he was “more intelligent” than them – although the fact he said this in public immediately disproved this assertion.

If Kinnear had been a comic creation he would have never made it past the first draft, being too one dimensional and too crude a depiction of a footballing throwback to be deemed plausible in the modern world. And yet, as Newcastle fans have discovered, he was all too real. Which begs the question: what is Mike Ashley doing with the club?