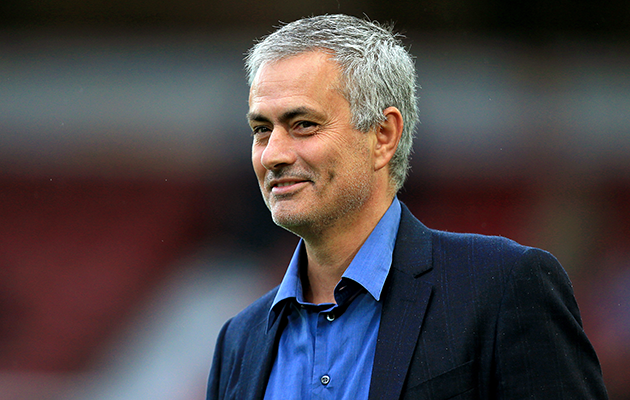 José Mourinho is convinced he will be managing a new club imminently, and says he will sign a contract by 30 June.

The 53-year-old has been linked with the Manchester United job but speaking from Mexico, he claimed to “know nothing” about a move to replace Louis van Gaal.

Mourinho, who was sacked as Chelsea manager in December, was back in Mexico City to coach a Fifa Legends team, featuring Ronaldinho and Fabio Cannavaro, against a Mexican All-stars side.

“Of course I miss it,” Mourinho said when asked about his absence from the coaching arena. “In July I will be back. So we are in May. May to July is nothing. I keep enjoying my life which I’m doing, keep enjoying my family. But in July I am back.”

Asked when he needed to sign a contract by, Mourinho responded: “June 30 – that’s fine.”

“I don’t know. I know nothing about it really,” Mourinho said, when asked about being link with United. “I don’t have a club and I was waiting for these guys [the FIFA Legends] to win the match to give me a hand but because I lost the match [9-8] it’s even more difficult to get the club.”

Mourinho conceded that new appointment this summer would bring with it a number of difficulties.

“It’s difficult because when you get a new club in this period normally the clubs they did already their work,” Mourinho said. “I give you an example. I’m not the Chelsea manager but I organised the Chelsea pre-season in many aspects because I did that 10 months ago.

“Clubs have their commercial, marketing departments always involved in everything. When a new manager arrives in May, June it’s very difficult to touch in some points but we know that.”

But Mourinho said a late appointment would not affect his ability to recruit new players.

“Scouting is done during the year,” Mourinho said. “It’s not even a competition like the Euros where you are going to find by miracle some new talents. We know everybody, so it’s just a question of trying to choose the players that your team needs because the scouting, with our structures, we do it for many, many players.”