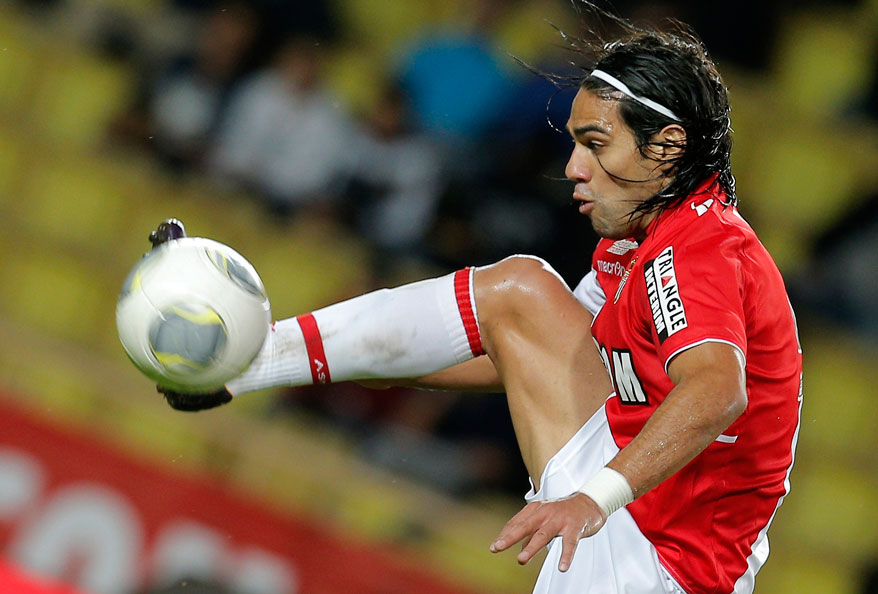 Jose Mourinho has dropped his biggest hint yet that he is interested in signing Monaco forward Radamel Falcao.

The Chelsea Boss was asked about the possibility of luring Zlatan Ibrahimovic to London, but he ruled out a move for the Swede.

He also dismissed the possibility of a swap deal involving Eden Hazard and Edinson Cavani with PSG, when it came to Falcao, the Portuguese was much more effusive.

Mourinho told Canal Football Club: “I have a team, but no striker.

“Falcao does not have a team. A player like him can’t play in front of 3,000 people. Monaco is a club to end [your career with].”

Asked about the possibility of signing Ibrahimovic he added: “Zlatan to Chelsea? It’s impossible.

“He’s happy at Paris. I know because he is my friend and we are in touch. PSG, with all its wealth, would never open the door.

If only Chelsea hadn’t wasted £50million on Fernando Torres…

As for Falcao, well £50million would buy you this.