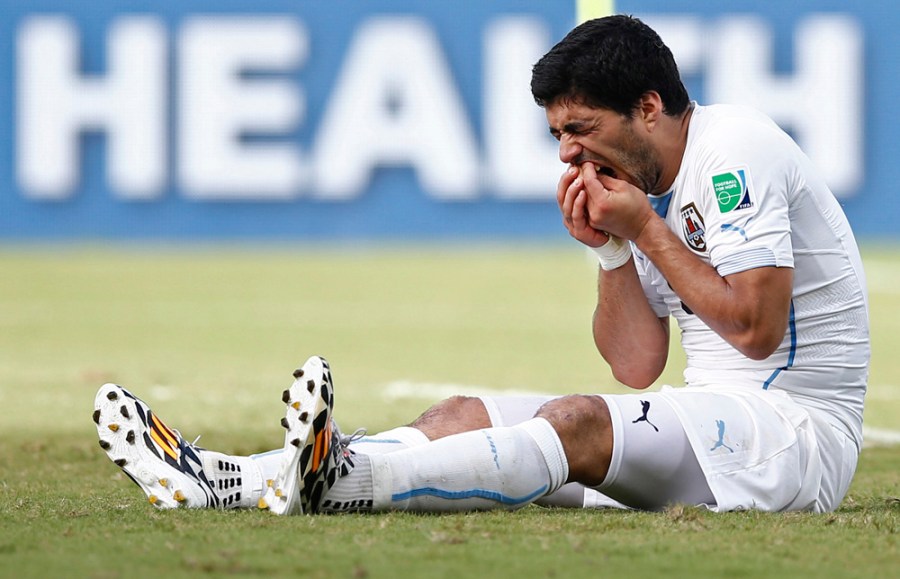 His optimism is unlikely to be misplaced, especially after it emerged that a deal to sell Suarez had been agreed between the two clubs as far back as last November.

“At that time the talks between Liverpool and Barcelona were very good and an agreement was arranged back then.

“After the amazing season he had Liverpool did not want to sell him understandably and they began to back out of the deal they made with Barcelona in November last year.

“Luis got word of this a day after the victory against England. He was a changed man, he got upset and his head was elsewhere.

“He could barely train with the rest of the team. I had to have him train with a different group from the main squad.”

Ah, so perhaps that would explain the latest biting episode.