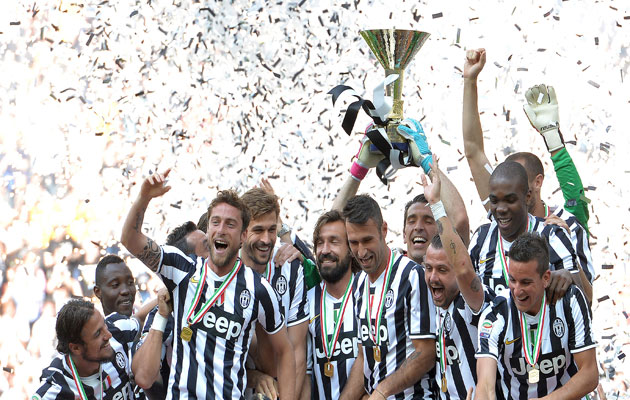 Call it football’s version of the butterfly effect if you like. But when when Manchester United’s opening English Premier League fixture was brought forward to a lunchtime kick off, the effect could be felt on the other side of the world. Most notably in Singapore where Italian champions Juventus had to switch their pre-season friendly to avoid a clash.

Juventus have finally woken from a two-decade long slumber during which they and their fellow Serie A outfits have concluded that to compete for the best players, they must also compete for a share of the lucrative Asian market.

“We all know where Serie A was in Southeast Asia back in 1995 to 2002, we know that it was a stronger league. Everywhere you were going you saw Serie A but we lost massively compared to English Premier League,” Nicola Verdun, Juventus’ head of global partnerships, told Reuters.

“All the clubs in the Premier League have been gaining. Even a smaller (English) club which has less interest, they have been seeing fans wearing their jerseys in this region because you can see their matches.”

Verdun said the Premier League’s ability to move fixtures at short notice and to schedule matches at a time that coincides with Asian prime time, helps it outperform Italy where all the big clashes are played in the evening when most of the continent is asleep.

United kick off their Premier League campaign against Swansea City on Saturday at 12:45 pm BST or 19:45 pm Singapore time.

It also was part of the reason Juventus’ fixture against a Singapore XI was moved forward two hours to 11:00 am BST

“You can’t compare an official Premier League game, even an official Serie A game, with a friendly game,” Verdun said.

That assertion is debatable, not least when Chelsea and Manchester United have offices in the region, while Manchester City extended their reach by buying an Australian club.

Juventus, Italy’s most successful club – historically and in recent seasons – appear to have realised, somewhat belatedly, that they must be proactive if they wish to take a share of the market.

“We might look into a joint venture with other local clubs within the league, like maybe a Japanese club in terms of exchanging information about sports perspective and marketing and maybe playing a game together,” Verdun said.

“In terms of what Manchester City have been doing I think it’s quite unique, they made a calculation of what was the outcome of buying an Australian football club. We never thought about that.”

Verdun also questioned the role of Italy’s Serie A, suggesting that the league was not doing enough to help promote the interests of the clubs.

“The league is definitely not doing enough because if they were doing enough and we are where we are today we have a major problem,” he continued. “So we need to have a league that is for the interest of all the clubs.

“But we are not a market that is used to making big changes straight away.

“At the end we all want to make more money, to pay them, to buy top players and to do that you need to activate your programmes in the market and engage with fans.”

The Singapore visit comes after trips to Australia and Indonesia and, were it not for Roma playing in the Champions League qualifiers, a trip to China for the Italian Super Cup against the Italian Cup winners, had been on the itinerary.

“Absolutely from a commercial market perspective, it’s always a balance to find a solution that works for all and you need to get used to it,” Verdun said.

“That is key (Serie A working together). Compared to La Liga, Barcelona and Real Madrid go and sell tv rights in any market they want and it’s up to them what they want to do.

“For us we are not allowed to because it is the right of the league so we have to work with the league and the other clubs to become stronger.”