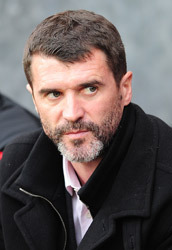 Spurs, who are yet to win at Old Trafford in the Premier League, will try again this Saturday evening. See all the match betting here.

Championship side Ipswich Town have confirmed Roy Keane as their new manager.

The club have moved quickly to replace Jim Magilton, who was sacked on Wednesday.

Keane left Sunderland in December after two years in charge at the Stadium of Light, but he is now back in management after accepting the role at Ipswich.

“I am delighted that Roy has agreed to join us and we are completely aligned in our ambitions for Ipswich Town,” Evans told the club’s website.

“He has extensive contacts in the game and is a proven winner who encourages his team to play the attractive football that Ipswich Town fans have come to expect.

“I believe he is the right man to take this club where we want to be – the Premier League.”

Keane himself was delighted to have joined the club after signing a two-year deal.

“I truly believe that I am joining a club that has the potential, ambition and infrastructure to once again be a Premier League side,” said Keane.

“The club’s owner and chief executive impressed upon me their total focus on achieving this quest at the earliest opportunity and I can’t wait to get started.”

Spurs, who are yet to win at Old Trafford in the Premier League, will try again this Saturday evening. See all the match betting here.