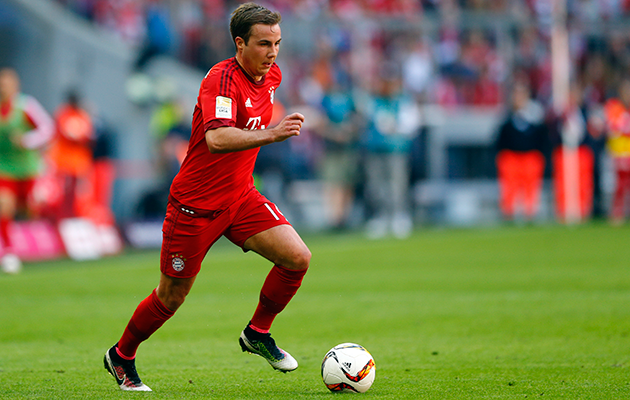 Liverpool’s hopes of signing Mario Götze look tio have been scuppered by the Germany international appearing to commit his future to Bayern Munich.

Jürgen Klopp, his former coach at Borussia Dortmund but now in charge of Liverpool, had identified Götze as a potential transfer target and was confident of signing his former protege. However, Bild quoted Götze as saying he has now decided to remain in Munich.

“I look forward to the new season in Munich and will do everything possible to be in top shape for my first training session under (new coach) Carlo Ancelotti,” he said.

Götze has one year left on his contract but only made 12 appearances under the departing Pep Guardiola. His situation has been further complicated by the news that he has parted company with his long-term agents SportsTotal.

“SportsTotal and Mario Götze end their six-year collaboration by mutual agreement,” read a statement from the agency. “This is the result of a conversation SportsTotal CEO Volker Struth and the 23-year-old forward who met after Bayern Munich’s game last Saturday.

“After extensive deliberations and discussions in the past few weeks, we have come together to decide that we will terminate the cooperation. Therefore we met for a joint discussion and parted by mutual consent. I thank him for his many years of trust and wish him well for the future.”

Götze added: “I thank SportsTotal for a very good cooperation with many highlights and great memories that have shaped my career decisively.”

Götze, who scored Germany’s winningh goal in the 2014 World Cup final, was due to travel to Ascona in Switzerland on Monday to link up with the national team before Euro 2016.