Just when you thought Kylian Mbappe could not get any better, it has recently been announced that he played, and scored in the World Cup Final despite having displaced three of the vertebrae in his back.

In an interview with France Football magazine, Mbappe said he suffered the back injury three days before their crucial World Cup semi-final match against Belgium.

“It was essential not to alert our opponents, otherwise they could have taken advantage of that and targeted this sensitive area. That’s the reason why with the staff and the players we kept it hidden, even for the final.”

Mbappe was one of the stars of the tournament and picked up the award for the best young player. Against Argentina he became the youngest player to score twice in a World Cup game since Pele, and he became the first teenager to score in the World Cup Final since the great Brazilian in 1958. 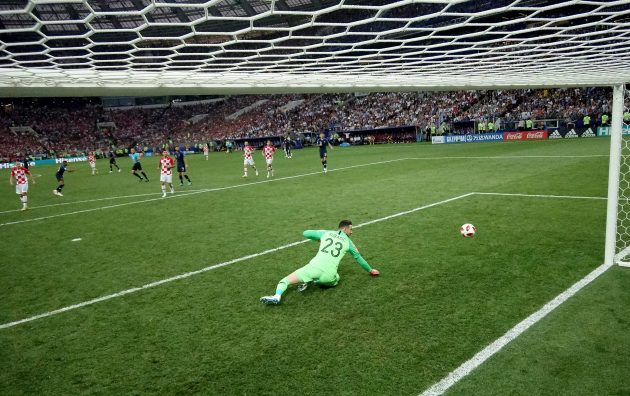 France won the final against Croatia 4-2, a result Mbappe was confident would happen even before the tournament started.

“You have to be honest,” he added. “It had been some time since I had made this idea. From the beginning I was convinced that we had everything to go to the end.

“I said it even before the start of the tournament and some people took it for arrogance when it was just confidence. I had programmed myself to win”

Mbappe will go back to play for Paris Saint Germain next season despite having increased interest from Real Madrid after Ronaldo’s departure to Juventus.

It would take an astronomical fee to lure the young Frenchman away from France’s capital, but there is no question that he is becoming the next global superstar of football.

[collection name=”small” accordion=”mobile” excerpt=8]
With the end of the World Cup we turn our attention to domestic football. Stay up to date with all the news and transfers by clicking on the highlighted links.