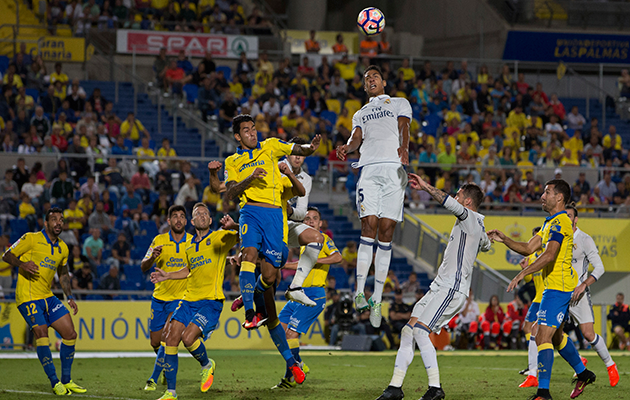 Las Palmas striker Sergio Araujo has been handed a nine-month prison sentence and banned from driving for two years after he refused to take a breathalyzer test when he was stopped by police.

The incident occurred on 26 September and Araujo was charged with a traffic violation after claiming he had been tricked by a civil guard into taking the test.

However, the 24-year-old is unlikely to serve any time as under Spanish law, any non-violent sentence can be commuted if the defendant has a previously clean record.

“Considering it’s a sentence of less than two years, it is unlikely the defendant will serve jail time,” a court spokeswoman said.

The Argentine striker claimed he had been in the passenger seat when his car was stopped and that a friend had been behind the wheel but started to feel unwell and moved the vehicle on to the side of the road. He claimed the police insist he drive the car even though he had told them he had been drinking. The breathalyzer test which he eventually took, showed he was over the limit.

The forward then refused to take a second breathalyzer test, claiming he was unaware he had to do so.

The officers dismissed Araujo’s version of events, claiming he moved the car before driving it erratically 20 metres away. They also claimed he was verbally abusive to them, shouting: “I won’t do the test, I wasn’t driving. You’re twats. You’re useless, instead of helping people you try and fuck them over. Bastards. I don’t know why you’re writing so much. I won’t be making a statement, my dad and my lawyer will do and my president [of the club] will fix everything.”

Araújo’s lawyer asked for the case to be dismissed as he believed his client had been the subject of an ambush, possibly because he was famous. He will be appealing the verdict.

Back in September, Las Palmas president Miguel Angel Ramirez told Onda Cero the club would stand by the player even if he was convicted.

“Sergio’s issue is non-sporting related and it will be the courts to determine if he has been negligent and the severity of the offense,” Ramirez said.

“If Araujo is found to have been negligent, we will open disciplinary proceedings for that but we are not going to hang him in the town square.

“He is a valued member of this team and he knows that besides having to answer as any other citizen to the law, he will also have to be accountable to the club.