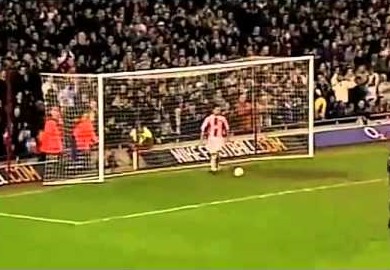 Lauren was part of formidable defence that allowed Arsenal’s attackers to do create havoc for opposition defences during Arsenal’s 49-game unbeaten run.

“What Leicester did is something remarkable. At the beginning of the season no-one expected that sort of achievement”, Lauren told Goal.

“It’s been based on hard work, togetherness and huge commitment among everyone in that team. It’s something unbelievable for them and it’s good for football – another team breaking through against the likes of Manchester United, Manchester City, Chelsea and Arsenal.

“Leicester did something unbelievable but to be unbeaten is something extra. Going a whole season without losing a game is something unique. We cannot put the two together. If you ask me, I’d say the unbeaten season is bigger.”

Lauren also defended under-fire manager Arsene Wenger and said the blame should not solely lie on him.

“Wenger has responsibility because he is the manager of the team but we cannot blame everything on him,

“I’m supporting Wenger because I know him very well and I know his contribution to the team, to Arsenal as an institution, because there’s been a strategy and he’s taken players from nothing like Cesc Fabregas and Nicolas Anelka.”