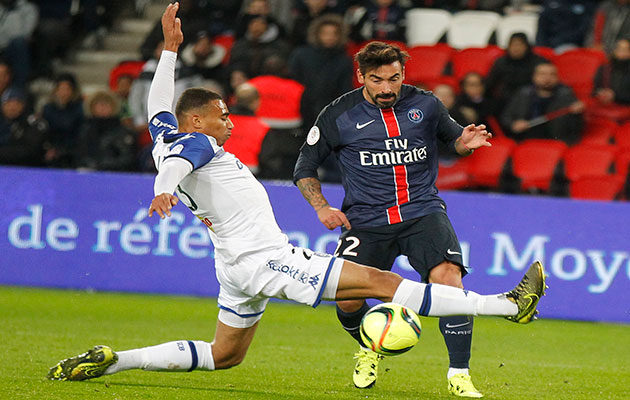 Ezequiel Lavezzi has signed for Chinese Super League side Hebei Fortune from French champions Paris St-Germain in a two-year deal reportedly worth £23.5 million after tax.

The 30-year-old’s contract was due to run out at the end of the season and he had been a target for the Paris side’s Champions League opponents last night, Chelsea.

The argentine international joined PSG from Napoli in 2012 and has scored 22 goals in 107 appearances for the French side.

Hebei Fortune welcomed their latest recruit to the club on their Twitter feed on Wednesday as Lavezzi joins a galaxy of stars lured to the big-spending Super League.

DONE DEAL: Chinese side Hebei Fortune have completed the signing of Ezequiel Lavezzi from PSG for £23.5m. pic.twitter.com/Qh6cuJSnpr

Chinese Super League clubs are restricted to five foreign players in their squad, with one of the five having to hold a passport belonging to an Asian Football Confederation nation. They are permitted to field three foreigners and one AFC player on the pitch at any one time.