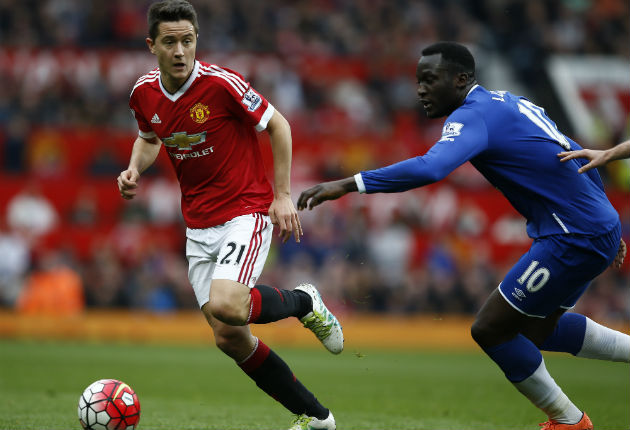 Ander Herrera is optimistic that Manchester Utd can prevail over Manchester City in securing in Champions League qualification spot.

Man Utd beat their local rivals 1-0 at the Ethihad which opened up the race for the final Champions League qualification place.

After a turbulent season, Louis Van Gaal’s side’s fortunes have improved with big victories over Arsenal, Man City and Everton. As a result, this has moved Man Utd within one point of fourth-placed Man City.

Midfielder Herrera believes that his side can achieve this target, and said a club the stature of Man Utd should be qualifying for Champions League every year as a minimum requirement.

“Man United should be every year in the Champions League,” said Herrera.

“I think the last 25 or 26 years, just one time we didn’t play Champions League, so we want to be there.

“We are Man United, we as players are obligated to fight until the end and I think we have the quality to be there.”

He acknowledged that Man City have a very good squad, but said that his team would continue to fight:

“Man City has a bigger squad, very good players, but I think right now we can fight against them.

“We have recovered some important players for us. They are going to help us and there is a lot of experience, like Antonio [Valencia] and Ash [Young]. I am optimistic.

“I think the last game we showed that we are a little bit better than them right now, in this moment. We beat them away in the Manchester derby so we can be optimistic.”

Man Utd have a tough trip to second place Tottenham Hotspur, but Herrera was adamant that his team would not be phased.