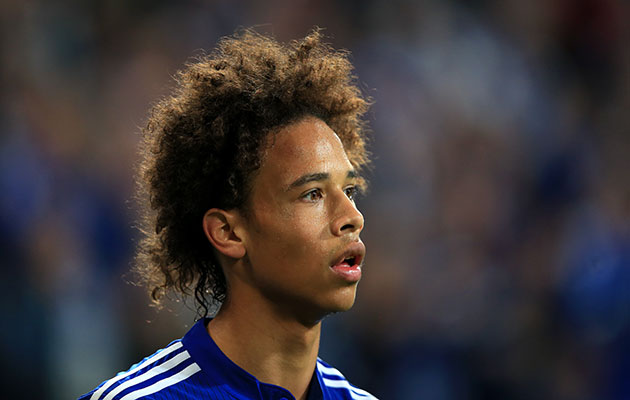 Schalke attacking midfielder Leroy Sane has been told by manager Andre Breitenreiter to stay at the club and continue his development their.

Sane is the latest to come out Schalke’s production line of youth products, other names include Mesut Ozil, Julian Draxler and Max Meyer.

Sane has been arguably the breakout star this season in the Budesliga. He is blessed with speed, agility and great dribbling ability on the ball. Germany coach Joachim Low was waxing lyrical about the prodigal talent and said that Sane possessed “special gifts.”

However in a blow to both Liverpool and Manchester City it looks as if Sane will be staying put, at least for this January transfer window.

Leroy Sane hailed as having “special gifts” by Jogi Low

Speaking to Sport Bild, Breitenreiter said: “I’m not thinking about selling Leroy to another club. I think it’s too soon for him to move to a big club, he’s still developing.

“The statements made by our CEO, Clemens Tonnies, and our sporting director, Horst Heldt, are very clear, as are Leroy’s performances on the pitch. We understand that this is the dream of every young player.

The Schalke boss did however hint that should Sane leave, Spain could be his next destination – with one of the two la Liga giants.

He added: “It was always a dream of mine to play for Barcelona or Real Madrid. He’ll have to choose between one and the other. He’s in good hands here if he decides to stay. He can develop here and take the next step later.”