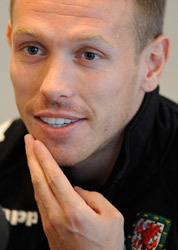 Liverpool & Everton meet for their latest Merseyside Derby tonight and with eight players being shown red in the last eight head-to-heads expect a fiery affair.

West Ham have confirmed that they have accepted a bid, believed to be in the region of £14m mark from Manchester City for striker Craig Bellamy.

Bellamy has also been pursued by Tottenham but on Sunday Spurs boss Harry Redknapp conceded defeat over the player when he said “Man City are in and when they are the others have no chance. They just outbid and outpay.”

Bellamy’s 18-month spell at Upton Park is over after the Wales striker was omitted from the squad that beat Fulham 3-1 on Sunday. He will have a medical with Manchester City on Monday.

Hammers boss Gianfranco Zola was keen to hold on to the Welsh striker Bellamy but insists that if the striker is determined to leave, it is in West Ham’s interests to conclude any deal as quickly as possible.

“Craig is a player that I value very much but if he doesn’t want to stay there’s not much we can do about it.

“If he’s sold I will get the money to spend on other players. We are looking at targets.

“It’s important that the situation is dealt with as soon as possible. There’s no deadline but I need to get on with my squad.”

Redknapp also admitted he might be outbid on Wilson Palacios by Manchester City are pole position to take both players if they want the Honduran.

“The chairman is talking to Wigan,” Redknapp added. “I like Palacios. I think he is a tremendous player.”

Liverpool & Everton meet for their latest Merseyside Derby tonight and with eight players being shown red in the last eight head-to-heads expect a fiery affair.