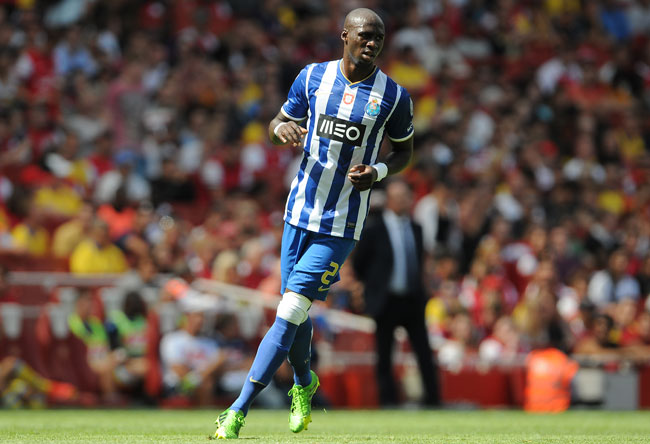 Manchester City are looking to pull off a late deal to sign Porto pair Eliaquim Mangala and Fernando in a joint deal worth £37.8m.

City have been tracking Mangala, 22, for some time knowing the buyout clause in the Frenchman’s contract is £37.8m. Porto value Fernando, 26, at £7m even though the defensive midfielder from Brazil will be a free agent in the summer.

However, according to reports, a combined figure of £35m could be agreed if City are prepared to do business before Friday’s deadline.

Both players have been watched by a number of English clubs, but City, with a seemingly bottomless well of money to draw upon, are unlikely to face serious competition for their signatures.

This kind of deal is often described by the media as ‘a statement of intent’, though when one considers that City are currently top of the Premier League and tipped by just about everyone to win it this season, one wonders what precisely their intent might be. Perhaps they intend to rub their rivals noses in it. This seems less a statement of intent and more a statement of financial recklessness.

Just for the record, the club’s net spend on player transfers has been £582million between Sheikh Mansoir’s 2008 takeover and May last year. And that was before they spent £84m on the likes of Fernandinho, Alvaro Negredo and Stevan Jovetic.

Financial Fair Play anyone? Hilariously, although the rules introduced by UEFA were intended to curtail this type of massive overspend, it would appear that City are set to comply with them this year.

Thanks to a rule which makes wages paid out for players signed before 2010 irrelevant and the staggering amount of money spent on work carried out on the club’s stadium and infrastructure, the Sheikh Mansour bankrolled club are expected to pass the test.

And if they pass the test, it seems barely plausible that any club could fail it. So much for Financial Fair Play.

So what does £35 million buy you these days. Quite a lot it would seem. Here’s some footage of the highly rated Mangala in action.