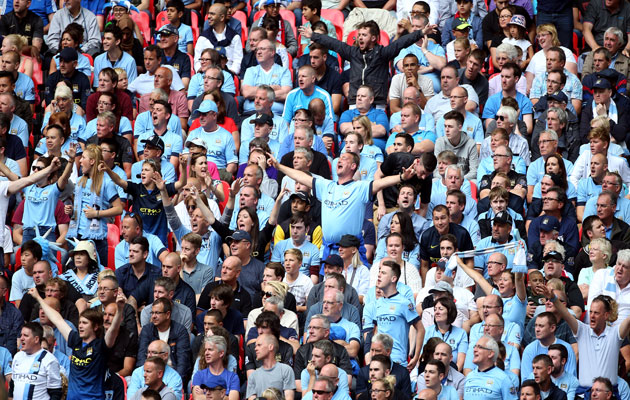 The legal action is being brought by agent Daniel Striani and is being led by lawyer Jean-Louis Dupont, part of the legal team that won the Bosman ruling in the 1990s.

City were the club hit hardest by UEFA for breaching FFP rules – they and Paris St Germain were each fined £49m and both were limited in transfer spending and Champions League squad size.

MCFC Supporters Club (1949), said they “voted unanimously to join the legal actions against FFP” following a meeting. The action was lodged with the European Commission and the Belgian courts in May 2013.

“Our members are consumers of the football product and it is as such that they denounce the EU competition law infringements caused by the UEFA break-even requirement.

“Far from implementing a true “financial fair play”, this rule is in fact a prohibition to invest that prevents ambitious owners to develop their clubs, that therefore shields the established European elite from being challenged (this elite being unsurprisingly the main sponsors of the UEFA rule) and that, consequently, puts additional financial pressure on supporters (higher prices and lower quality).”

The legal challenge is being led by Jean-Louis Dupont, who said of FFP: “If some fans, as consumers of the end product of football, want to join the action in progress they are free to do so. That would hearten undoubtedly supporters who have already joined by the legal process.

“The UEFA rule is, in terms of European competition law, an anticompetitive agreement since it prohibits a club owner to invest his or her own money in strengthening its workforce, the players.

“It is therefore a restriction of investments, which is deemed to be a major ‘crime’ in competition law.

“This has the effect, on the one hand, to fossilise the current position of clubs – it is not possible any more for an average club to be bought by an ambitious investor who, having taken a financial risk for a few years, enables it to become a club at a higher level – and thus ensure that the existing elite become the elite ad infinitum.”

A Brussels court is expected to deliver its initial decision in April, 2015.