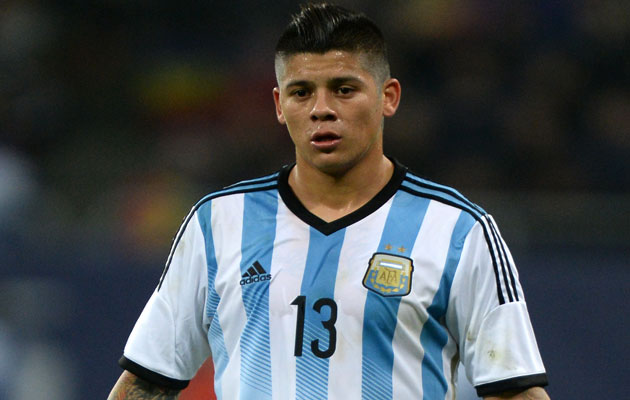 Manchester United’s pursuit of Sporting Lisbon’s Argentinian defender, Marcos Rojo, is close to bearing fruit, although the small print on the deal means that negotiations look set to rumble on for a while yet.

Louis Van Gaal is keen to sign the 24-year-old who can play at both centre-back and left-back. However, is still to be decided whether Nani should go on loan to Sporting Lisbon in addition to the £16m fee United are prepared to pay for the defender.

Nani, who signed a new five-year deal in September 2013, may not be keen on a permanent move and in all likelihood will return to Portugal on a season-long loan.

If Nani does go to Sporting it will mark a return to the club where he played for two seasons until his 2007 move to Old Trafford. Despite being hailed as the ‘next Cristiano Ronaldo’, the winger’s contributions have veered from the fitful to the downright awful, and in recent seasons he has become an increasingly peripheral figure at Old Trafford.

Rojo, who refused to train with Sporting at the weekend in an effort to push through the move, has apologised for his petulance.

“I was hot-headed and I’m sorry. I’ll be back with the rest of the squad tomorrow,” he said.

“Sporting signed me when I was not at my best and gave me the opportunity to play for a big club in Europe. I would like to thank the trust they had in me and I will resume training on Monday.”