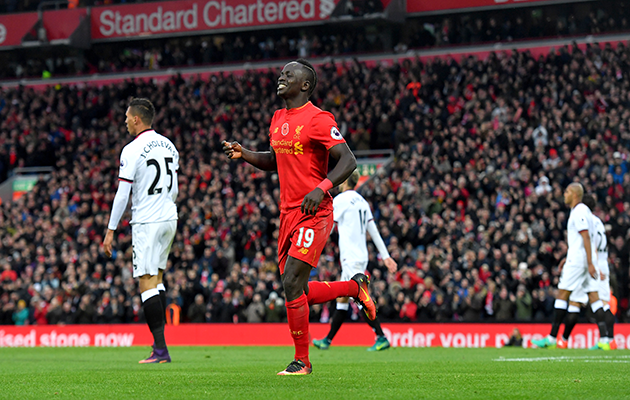 Park Chu-young, FC Seoul
The former Arsenal striker scored to seal a 1-0 win for Seoul over Jeonbuk Motors and clinch a dramatic title victory on the last day of the K-League season.

Sadio Mane, Liverpool
The Senegalese forward scored the first and fifth goals in a 6-1 demolition of Watford at Anfield that took Liverpool to the top of the Premier League table.

Javier Mascherano, Barcelona
Lionel Messi scored a brilliant equalising goal in a thrilling match but his fellow Argentinian Mascherano was outstanding in thwarting a highly entertaining Sevilla side.

Falcao, Monaco
The Colombian striker provided more evidence that he is back to his best with two goals in free-scoring Monaco’s 6-0 victory over Nantes.

Timo Werner, RB Leipzig
The young forward was on target twice against Mainz as Leipzig continued their remarkable start to the season with a 3-1 win that took them level with Bayern at the top of the Bundesliga.

Mohamed Salah, Roma
The Egyptian became only the fourth African to score a hat-trick in Serie A when he scored all three of Roma’s goals in the win over Bologna that kept them in touch with leaders Juventus.