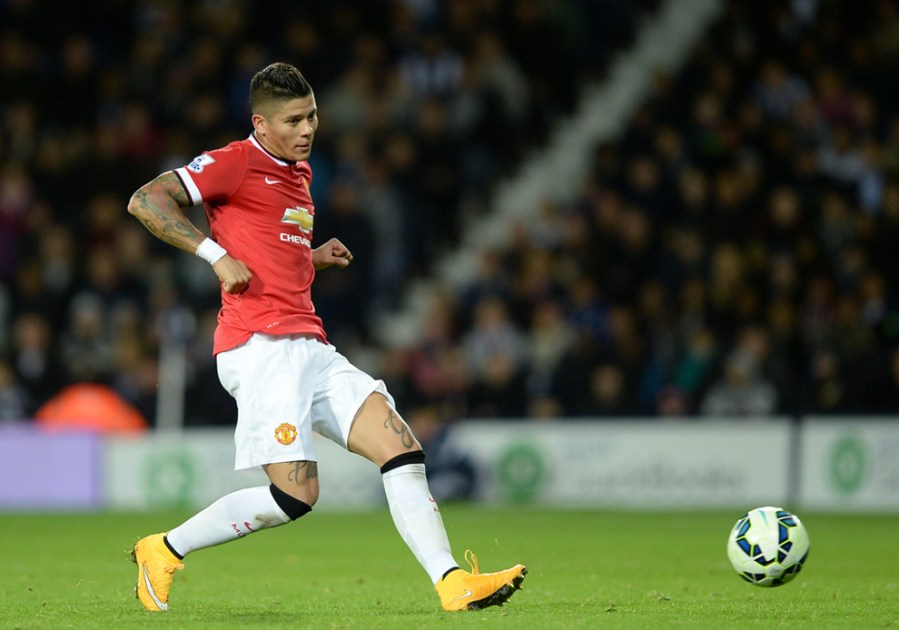 The picture was accompanied by a quote from Escobar underneath.

“Only those who went hungry with me and stood by me when I went through a bad time at some point in life will eat at my table,” the quote read. The post sparked fury among some people on the social media website. 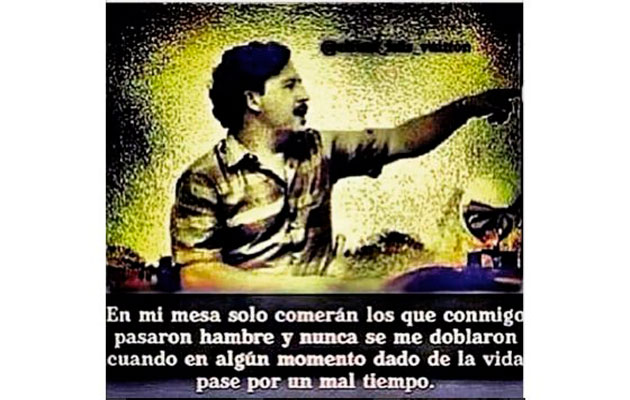 The Italian is rarely far from the headlines and from the moment he discovered Instagram it was only a matter of time before he would land himself in trouble.

The Italy international reposted an image of the Nintendo character Super Mario on his social media feed that contained the words “jumps like a black man and grabs coins like a jew”.

Balotelli was widely criticised for the image, which he deleted, and reacted angrily to the suggestion that his message was anti-semitic.

“My Mom is jewish so all of u shut up please,” he wrote in reference to his foster mother, Silvia. 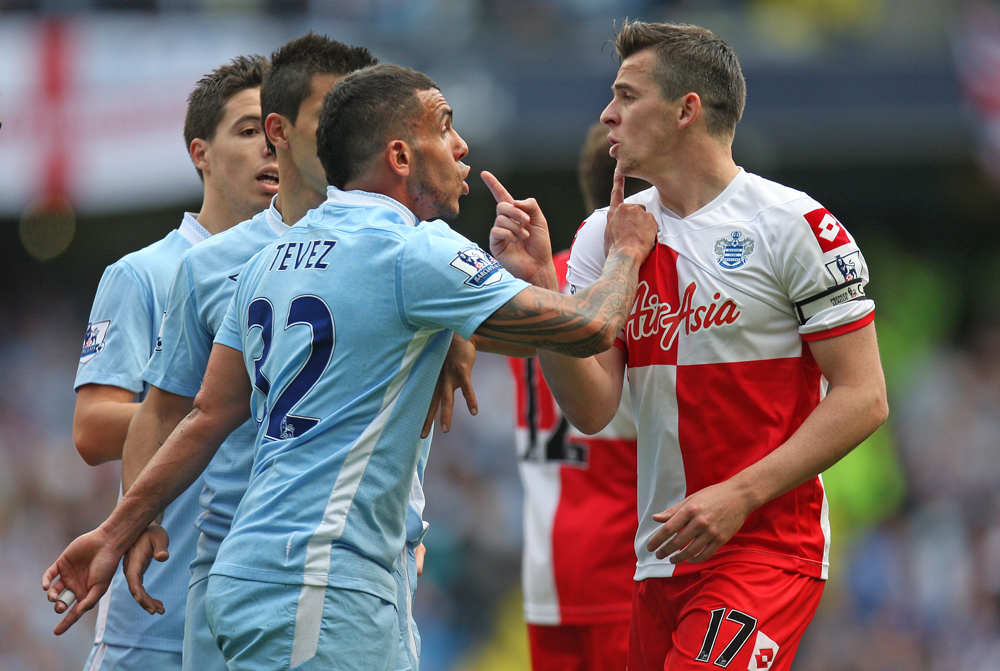 One of football’s most prolific and controversial tweeters is QPR midfielder Joey Barton.

Barton once accused Manchester City’s Carlos Tevez of deliberately conspiring to get him sent off in the final game of the 2011-12 last season at the Etihad Stadium.

One of his more colourful Twitter spats occurred during his season-long loan at Marseille. For reasons best known to himself, Barton decided to start a war of words with Paris St Germain defender Thiago Silva.

“Two questions for Thiago Silva. Firstly, Why are YOU talking about ME, in your press conference before PSG v Barca? Very strange.

“Secondly, Are you Pre-Op or Post-Op?”

“Have to take back what I said about Thiago Silva being over-rated today. Been immense tonight. Still looks like an overweight ladyboy though!”

In Barton’s world, one can only assume that this passes for ‘banter’.

Those remarks earned the player a two-match ban.

Barton also sparked a Twitter storm after saying the stars of Channel 4’s Benefits Street should not be allowed to have children.

“Strong evidence to support the breeding licence theory. What chance do these kids have?

“World is f****d sometimes. Surely you should have to pass a test or at least show you are capable of looking after kids. Surely? 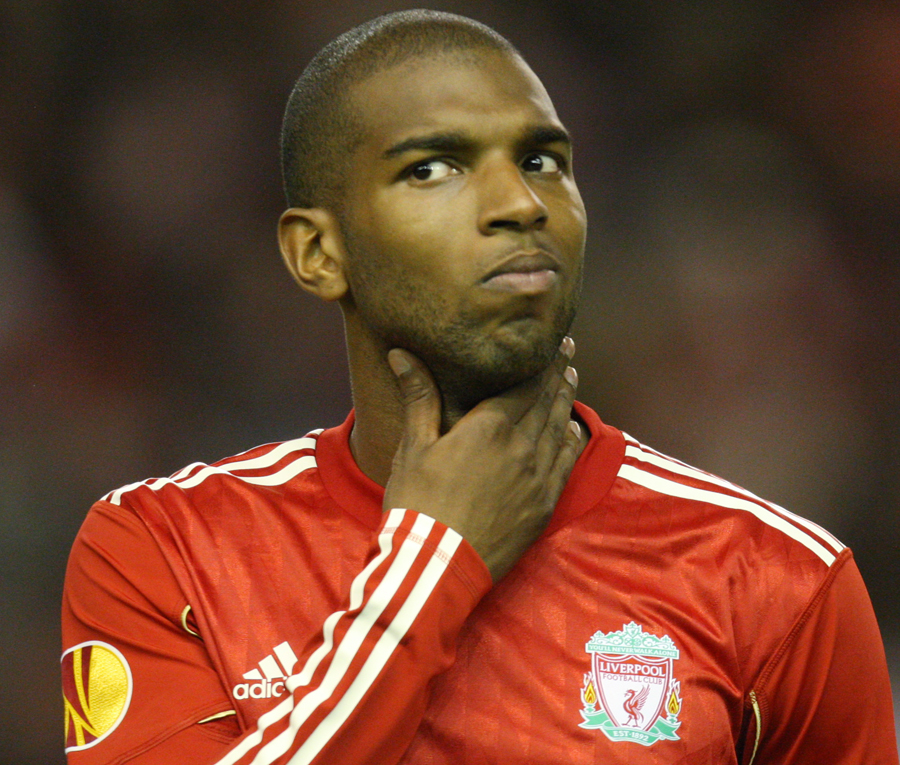 Dutch striker Ryan Babel, then with Liverpool, became the first player to be sanctioned for misuse of Twitter in January 2011, when he was fined £10,000 by the FA for posting a photoshopped picture of referee Howard Webb wearing a Manchester United shirt. 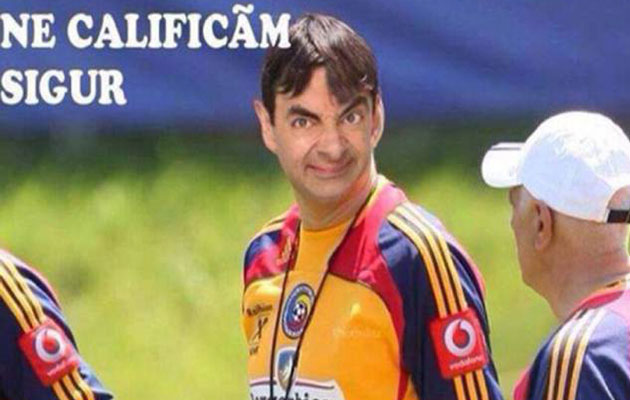 On the subject of photoshopped images, Romanian footballer Adrian Mutu was banned from playing for his country ever again after comparing the national head coach to Mr Bean.

Mutu, 34, was left out of Romania’s squad for a World Cup play-off match against Greece and reacted by posting a photo on Facebook of Mr Bean’s head grafted on the body of coach Victor Piturca. 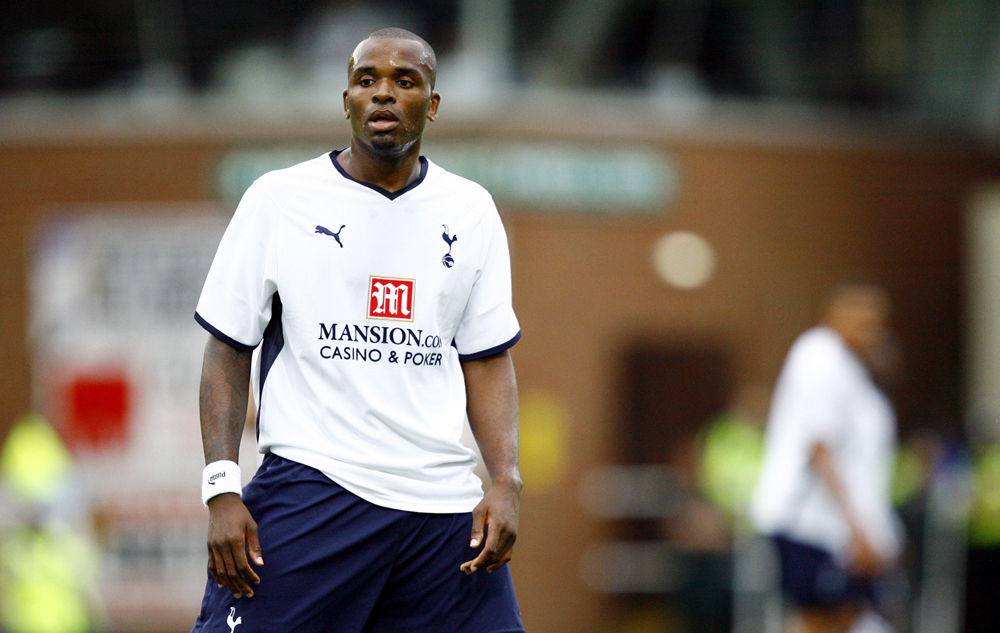 Bent, then with Tottenham, took to Twitter to lambast Spurs chairman Daniel Levy as he found himself being touted around for a possible move away from White Hart Lane.

Bent was handed a heavy fine for his remarks.

Lavezzi caused a storm on Twitter after initimate pictures emerged of the Paris Saint-Germain striker wearing only policeman’s hat.

The Argentina international was on holiday and was pictured with a woman – believed to be his partner – who appeared to have her foot stuck in his ear.

Ezequiel Lavezzi has been taking full advantage of his extended holidays away from PSG pre-season action: #PSG pic.twitter.com/jR8twZIWF8 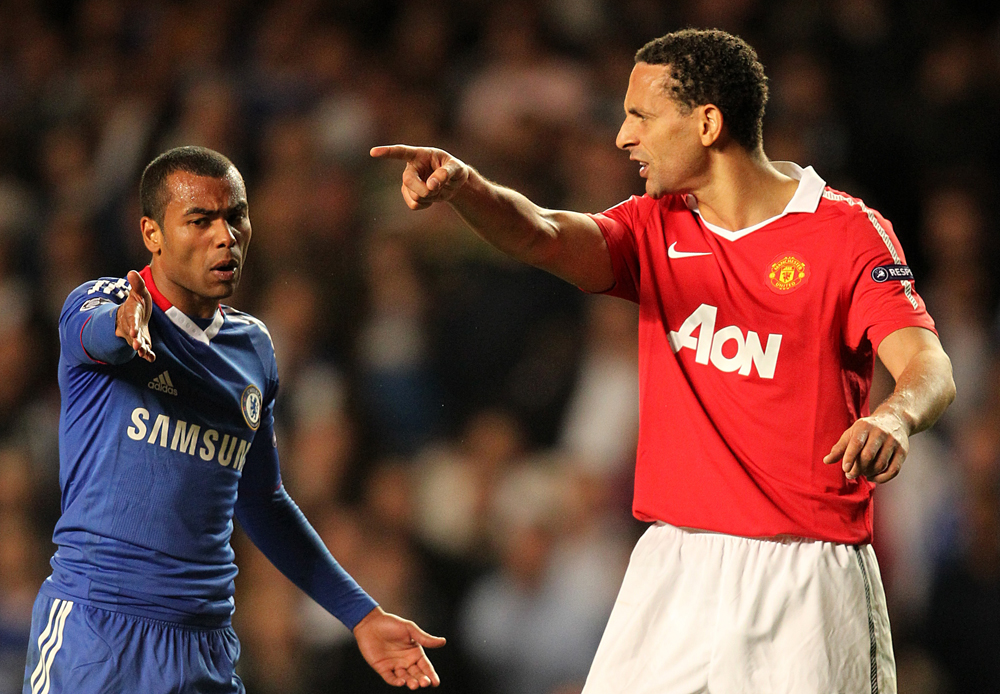 Ferdinand was fined £45,000 by the FA for improper conduct after re-tweeting a post which described Ashley Cole as a ‘choc ice’, after Cole gave evidence on behalf of John Terry in the racial abuse case which involved Ferdinand’s brother Anton (of which more later).

Showing that he might not be the quickest of learners, Ferdinand again fell foul of the authorities last year – this time over remarks he made concerning a fellow tweeter’s mother.

The former England captain was sanctioned after using the word “sket”, slang for a promiscuous woman, in a reply to a Twitter user on transfer deadline day.

After a Twitter user sent the message “Maybe QPR will sign a good CB (centre-back) they need one”, Ferdinand replied by saying “get ya mum in, plays the field well son! #sket”.

Amusingly, one of the justifications given for the severity of the punishment was that Ferdinand, with 6 million followers, was “without doubt, a role model for many young people.”

In which case, heaven help us.

Ashely Cole
Following the FA’s decision to ban his Chelsea team-mate John Terry for racist remarks he made to Rio’s brother Anton, the aforementioned Cole defended the centre-back and was deemed to have lied.

This was followed with a tweet reading;  “Hahahahaa, well done #fa I lied did I, #BUNCHOFT***S.”

The Roma man was fined £90,000 for his intemperate outburst. 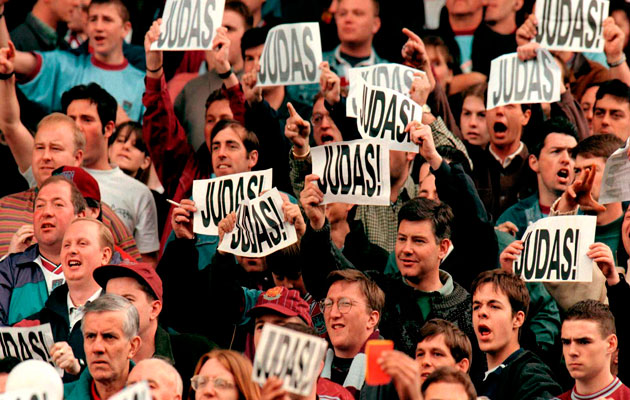 But, just to show that footballers’ habit of shooting off their mouth before first engaging their brain is not a recent phenomenon, let’s go back to those innocent pre-social media days. In 1989, Paul Ince, then a promising midfielder with West Ham, was attracting attention from Manchester United.

So pleased was the player with the thought of a move to Old Trafford that he posed for a photo wearing a Manchester United shirt. Except, when thephoto appeared inthe national press he hadn’t signed for United and was still a West Ham player. Cue a lifetime of abuse every time he set foot in Upton Park.