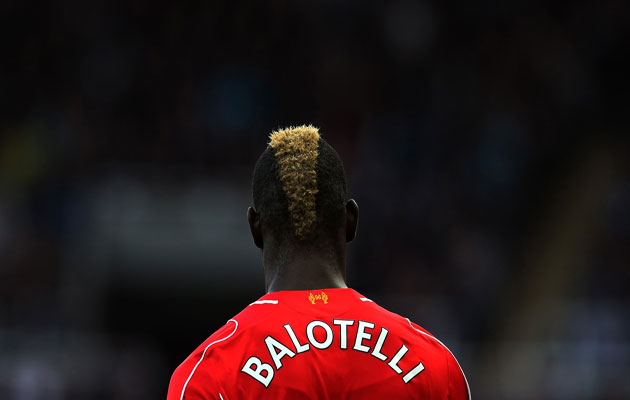 In the Mario Balotelli office sweepstakes taking place the length and breadth of the country, those of you had him posting idiotic remarks via social media for which he will later apologise, well done, you’ve won.

If you were one of the fortunate few who had also picked him to take to Twitter to make anti-semitic remarks, then congratulations, you’ve won the Golden Ticket.

Liverpool striker Balotelli has issued an apology for posting an image on Instagram that managed to appear both racist and anti-semitic. An offensive double whammy that Dave Whelan would have been proud.

The Italy international reposted an image of the Nintendo character Super Mario on his social media feed that contained the words “jumps like a black man and grabs coins like a jew”.

Balotelli was widely criticised for the image, which he deleted on Instagram, and reacted angrily to the suggestion that his message was anti-semitic.

“My Mom is jewish so all of u shut up please,” he wrote in reference to his foster mother, Silvia.

Having deleted the tweet and been made aware of the gathering media storm, Balotelli returned to Twitter to apologise and also to explain his actions.

“I apologize if I’ve offended anyone. The post was meant to be anti-racist with humour,” he wrote on Twitter.

I apologize if I’ve offended anyone. The post was meant to be anti-racist with humour. I now understand that (…) pic.twitter.com/UlNeNlEz9M

So, there we have it.

And in fairness to the Italian, this would not be first time he has been guilty of stupidity. Nor the second. Nor the third. And it won’t be the last time.