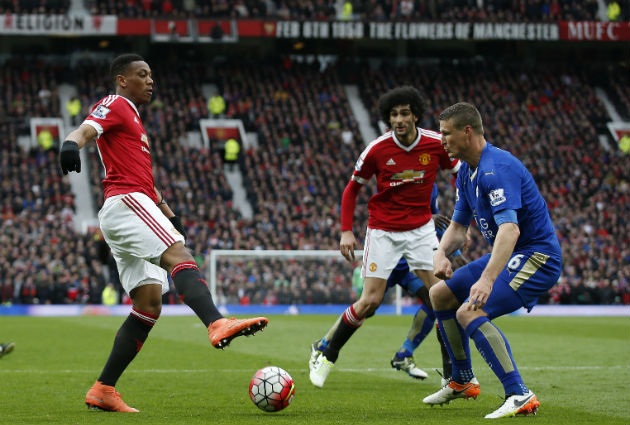 Fellaini and Huth clashed after the Leicester player pulled on the Man Utd’s player’s hair, with Fellaini then swinging an arm into Huth’s face.

Huth had argued initially that the standard penalty of a three-match suspension would be “clearly excessive”.

However at an independent hearing they did not agree and upheld the standard three match ban for the German. He will now miss the Leicester’s games against Everton and Chelsea and next season’s Premier League opener.

Meanwhile Fellaini will miss Utd’s remaining games as they look to chase down a Champions League place, but will be available for selection for the FA Cup final.

Louis van Gaal said that Utd would not appeal the decision and that the Belgium’s reaction was natural, but he would have to learn to control himself in the future.

“We haven’t appealed because the reaction of Fellaini is like a human being,” said van Gaal.

“When the FA gives Huth a suspension of three matches then they admit that it was a penalty and I have said this after the match.

“I still believe that Fellaini acted in the way of a human being, but he has to control himself better, that is true.”