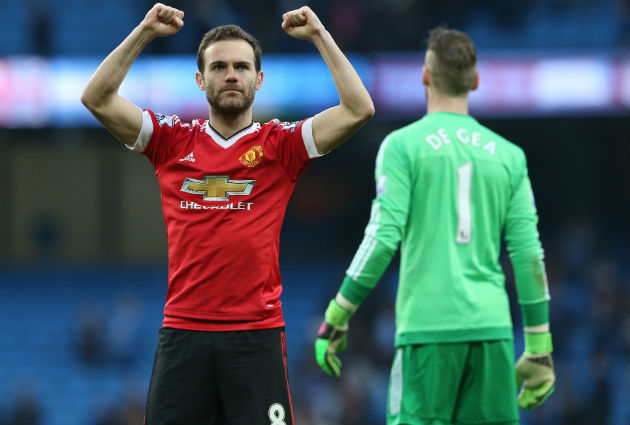 Juan Mata has conceded that football has become dominated by the corporate investment into the game; and feels that this is having a negative effect on younger players.

Manchester Utd star, Mata, believes that the business side of football is affecting the traditional principles of playing the beautiful game – love and passion.

He also said that worryingly, youngsters are now becoming absorbed by the rock star lifestyle because of the vast amounts of money being thrown at them at a young age.

“The business side of football makes it seem as though the owners are now more important than the fans,” Mata said in a Spanish television interview.

“Every player thinks he’s Diego Maradona when he joins a big club. That happens to all of us but then you notice it in the younger players.

“You see kids who think they’re rock stars; wearing extravagant clothes and driving flash cars… sometimes you have to take them aside and have a word.

“I don’t enjoy the business side of football. I love the game. I love training and competing.

Mata said that he would take a pay cut if there was less commercial involvement, and said footballers earn “ridiculous” amounts compared to the rest of the world.

“I’d take a pay cut if there was less business involvement in the sport.”

“Football is very well remunerated at this level. It’s like we live in a bubble. Compared to the rest of society, we earn a ridiculous amount. It’s unfathomable,” Mata said.

“With respect to the world of football, I earn a normal wage. But compared to 99.9 percent of Spain and the rest of the world, I earn a silly amount.”