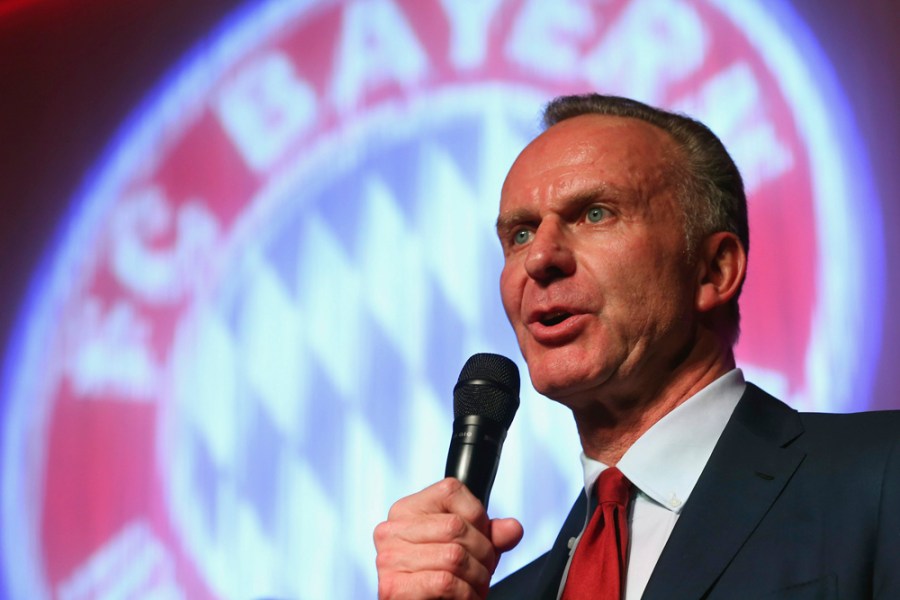 More money is heading the way of clubs after the latest round of dealing by UEFA and the European Club Association – but perhaps the more significant development is the creation of two slots for club representatives on the European federation’s executive committee.

Karl-Heinz Rummenigge, the Bayern Munich ceo who chairs ECA, will take up the one with possibly senior vice-president Umberto Gandini, from Milan, joining him.

Gandini was more hawkish, openly, than Rummenigge in negotiations over the timing swtch of the 2022 World Cup in Qatar – negotiations which ended with a winter date but a tripling of the clubs’ revenue for player use.

Opening the exco door to club representatives is in line with proposals made by the UEFA-backed FIFA presidential challengers Prince Ali of Jordan, Dutchman Michael Van Praag and Portugal’s Luis Figo

Their pursuit of a re-examination of the make-up of the world federation’s governing body would have been questioned had UEFA not taken a lead in its own council chambers.

Rummenigge said: “The ECA is still a very young organisation [founded 2008]. These achievements are an extraordinary success, which will strengthen the solidarity among the clubs and our sense of responsibility for football.”

He said: “I have always believed that UEFA should work together with national associations and clubs in order to find the best ideas and solutions for European football. I look forward to seeing our relationship continue to blossom in the future as we make sure that our collective interests are promoted and protected.”

Clubs’ leaders, meeting in Stockholm, also endorsed supported the creation of a FIFA Professional Football Department, composed of FIFA, ECA and player representatives. It will “serve as a platform to discuss all matters related to professional football, and will make recommendations to the FIFA Committees”.

Representatives from 145 European Club Association (ECA) clubs met at a two-day General Assembly in Stockholm, also attended by FIFA secretary-general Jerome Valcke was present in Stockholm along with delegates from 145 clubs.

The world federation, under Sepp Blatter, has been edging closer to the lucrative sphere of the elite clubs ever since taking over and relaunching the annual Club World Cup a decade ago.

FIFA also needs to keep the club happily onside to avoid any risk of a clash over player availability for the World Cup finals.

As far as revenues of the two European club competition monies are concerned the new agreement between ECA and UEFA will see clubs sharing around £1.6b between 2015-18, an increase of around a third.