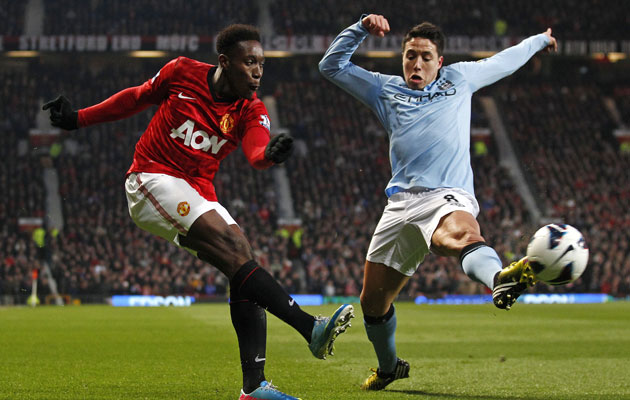 Napoli fans have announced they are planning to sue writer from The Guardian’s after he insulted the club and city.

Glendenning wrote: “Napoli sporting director Riccardo Bigon has let Welbeck’s agent know that Napoli are interested in signing up his client, but with Everton and Tottenham also interested, the club from one of Italy’s mafia strongholds will need to make Manchester United and Welbeck himself an offer they can’t refuse.”

The reference to the city as a “Mafia stronghold” has annoyed Italian media, who claim this is in effect a ‘racist’ attack on Naples.

Several clubs, most recently Inter, have been fined and even seen sections of the stadium closed down for similar ‘racist’ chants aimed against Neapolitans.

Now a group of Napoli supporters, calling themselves the MovimentoNeoborbonico, have confirmed they aim to take legal action against the Guardian and Glendenning.

“There were false and offensive statements against the club Napoli, the city of Naples and the Neapolitans.

“It is false and offensive to say Napoli is ‘the club from one of Italy’s mafia strongholds.’ We understand the bitterness that a Manchester United player could be sold to SSC Napoli, but we cannot justify gratuitous insults.

“Ancient enemy of England who contributed to the end of the glorious Reign of the Two Sicilies, Naples was and is one of the few cultural capitals in the world and Napoli one of the most prestigious clubs in the world.

“As Neapolitan citizens and as season ticket holders to Napoli, we are gathering signatures to proceed with our legal team to take action.”

Glendenning’s remark can be described as crass, but if you’re familiar with his work, he would never be accused of lacking a sense of humour. The same, alas, cannot be said of the Napoli fans intending to take him to court.