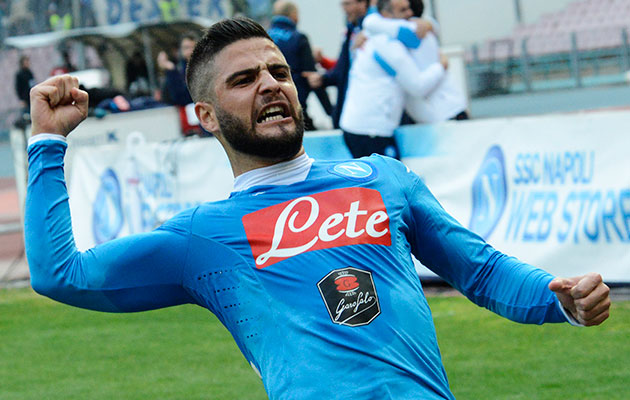 The Napoli forward Lorenzo Insigne was robbed at gunpoint as he was driving through Naples over the weekend.

Insigne was driving with his wife and two friends on Saturday when a gunman on the back of a motorbike pulled level with the car and then forced the four occupants to hand over their valuables.

As he drove away the thief reportedly asked Insigne to dedicate a goal to him at Monday night’s Serie A match with Fiorentina.

Italian media said the masked robber got away with a Rolex watch, jewels and €800 in cash. “Lorenzo suffered a terrible experience and told me that it was a really bad moment,” said his agent, Antonio Ottaiano.

Despite the incident, Insigne joined his team-mates at a training session on Sunday and is expected to start tonight’s Monday. He has scored 11 goals in the Serie A this season, with his team lying second in the table, four points behind leaders Juventus.

Insigne is not the first Napoli footballer to have been robbed in the city. In 2013, Slovak midfielder Marek Hamsik was robbed in a similar circumstances when two men on a scooter stopped his car and forced him to hand over his rolex watch. The club’s former Uruguayan striker Edinson Cavani moved to a high-security gated community after having his home broken into and winger Valon Behrami was robbed of his Hublot watch during a shopping trip.

The Italian government announced this month it was sending additional troops to Naples to help fight an increase of violence in the city.