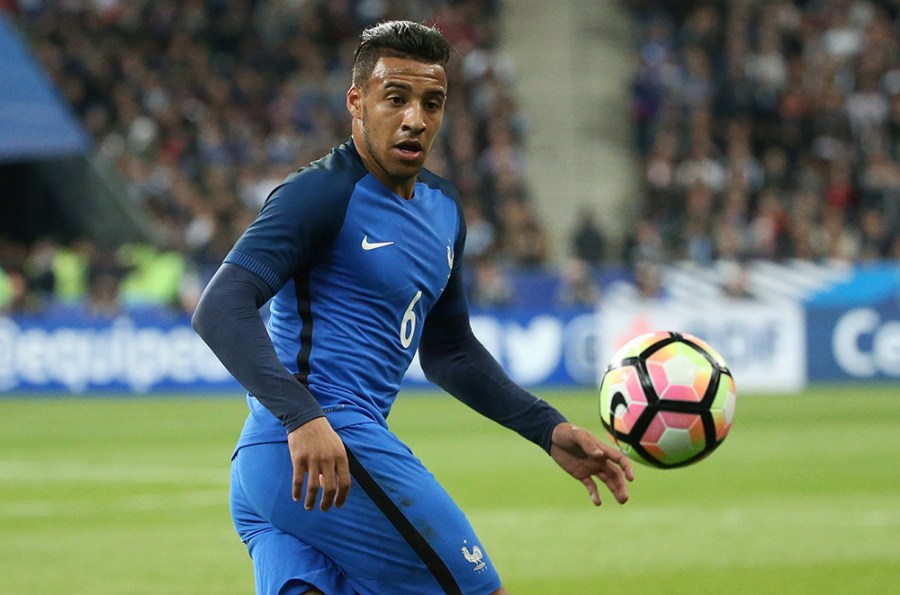 he latest addition to the Bayern Munich superstar stable, the 22-year-old former Olympique Lyonnais midfielder Corentin Tolisso was a picture of  sheer contentment after completing a club-record 41.5 million euros switch to the Bundesliga champions.
“As soon as I became aware that Bayern were interested in me, I didn’t hesitate for a second,” revealed the youngster, who is now the most expensive player in the history of the Bundesliga. “I didn’t want to leave Lyon just for the sake of it. I was hoping to experience something bigger, something stronger. I spoke to Carlo Ancelotti. It was a little bizarre to talk to this great coach, someone who has won wherever he has worked. He emphasised the point that I’d be joining a huge club where I could improve even further.”
Tolisso, rumoured to be number one on Ancelotti’s close season wish-list, only has appeared once for the full French side – starting the 2-0 friendly loss to Spain last March – but is a huge talent nonetheless, sufficiently sprinkled with class to have been linked of late to Juventus, Manchester City and Tottenham.
A footballing Swiss Army knife, he will add value to Bayern in many different ways. With his dynamism and desire, game awareness, eye for goal and last but not least, his versatility. Indeed he has shone for Lyon all over the field: in either full-back slot, central defence, in every possible midfield brief and striker too.
The widely-held assumption is that Bayern principally will use him as a midfield holder, filling the gap left by the recent retirement of Spanish golden oldie Xabi Alonso. However it might not be as simple as that.
Crucially, he does not have Alonso’s outstanding range of pass and his most important asset is his punch, his ability to drive forward with the ball. Why only utilise him with the handbrake on ? Tolisso is the all-action type. Box-to-box is his true habitat. A coach as savvy as Ancelotti surely would realise it.
Given a fair wind, the young Frenchman ought to fit in well at the Allianz-Arena. He exudes confidence and personality, rarely is injured and also will benefit from the French support network at the club: Franck Ribery, Kingsley Coman and newly-appointed assistant-coach, Willy Sagnol, a veteran of nine seasons (2000-09) at full-back for the ‘Rekordmeister’.
Of course, the arrival of Tolisso does involve a certain amount of risk. On the books of hometown club Lyon since the age of 13, he now has to adapt to a new environment in a foreign land and has a reputation for a dark side to his character. Back in October 2015, he clashed physically in the Lyonnais dressing room with teammate Lindsay Rose; he often was at loggerheads with ex-OL coach Hubert Fournier and early this year was sent off for a horrendous two-footed challenge on Saint-Etienne’s Fabien Lemoine.
Needless to say, he will have to calm down in Germany. Opponents are sure to have done their homework. They know he can be riled.
Bayern have bought themselves a gem of a young player. Just as long as he controls himself.
What We Learned This Week
1. Benvenuto Leno
If, as seems likely, Milan goalkeeping starlet Gianluigi Donnarumma moves on this summer, the ‘rossoneri’ are being tipped to make an approach for Leverkusen’s German international custodian Bernd Leno. Under contract at the ‘Werkself’ until 2020, Leno is the subject of a relatively cheap release clause of 25 million euros and often has spoken about plying his trade at prestigious European address. Should he go, Leverkusen could    swoop for Freiburg’s Alexander Schwolow or Marwin Hitz of Augsburg.
2. Picking up the Barcelona pieces
Barcelona sports daily Mundo Deportivo believe there’s mileage in the story that Croat midfielder Ivan Rakitic could swop the Camp Nou for Bayern. Rakitic, thought to be unsettled by talk of the Catalan giants bringing in Paris Saint-Germain schemer Marco Verratti, is no stranger to the Bundesliga, having starred for Schalke between 2007 and 2011.