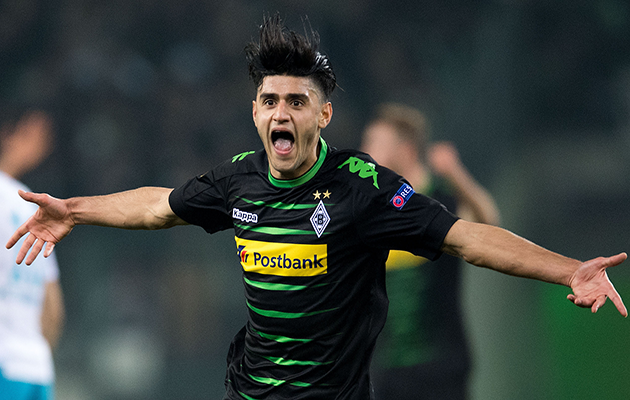 Born in Syria but brought up from an early age in the Rhineland, young Mo had been linked with a host of leading Premier League sides. But in the end, simply could not say no to the mouthwatering Schwarz-Gelben prospectus: their reputation for polishing diamonds, Champions League opportunities, electric atmosphere at the Westfalenstadion and last but by no means least, the chance to work under Thomas Tuchel, one of the most progressive coaches in the business.

Dahoud, whose contract with Gladbach was due to expire in June 2018, can help the Dortmunder in so many ways. The archetypal box-to-box operative, he plays with dynamism, drive and tenacity; has a tremendous range of pass; runs strongly with the ball and as he proved when firing home from distance in a recent Europa League tie against Schalke, packs the kick of a mule in his right-boot.

That said, he is far from the finished article. At times, his game lacks discipline as well as clarity and in contrast to his stellar efforts of last season, he has flattered to deceive for much of 2016-17, possibly distracted by all the transfer talk.
A product of Gladbach’s youth system – first inducted into the Foals academy at the age of 14 – Dahoud will need to be on his mettle from the very start at his new club. In the shape of Gonzalo Castro, Julian Weigl, Raphael Guerreio, Shinji Kagawa and Sebastian Rode, Dortmund already have a surfeit of central midfield class and the last thing he will be given there is a free ride.
What has developed over the years in the Bundesliga is a well-defined transfer food chain. Bayern Munich luring away the cream of the crop from Dortmund (Robert Lewandowski, Mario Götze, Mats Hummels). Dortmund, in turn, raiding the Gladbach shop for goodies: top striker, Heiko Herrlich (1995), wing-wizard, Marco Reus (2012) and now Dahoud. Then Gladbach looking to take up the slack with a Freiburg, Hannover or Bremen leading light. The law of the jungle.
“It’s a pity we’ve lost a great prospect,” declared Gladbach general manager, Max Eberl. “However, in the past, we’ve always managed to successfully fill the gaps. We’ll looking to invest the money from the Dahoud sale in a quality replacement. I think this transfer shows that we’re doing a good job. Our mission is to develop our own talent and stay competitive.”
Rumoured to be on top of the Eberl watch-list is highly promising young Hoffenheim midfielder, Nadiem Amiri, a German/Afghan starlet who has been attracting plenty of overseas attention, with Tottenham and Atletico Madrid reported to be keen.
Gladbach better move quickly.
What We Learned This Week
1. One, Two, Thee, Mario.
It’s proving to be a fruitful spring for Wolfsburg hit-man, Mario Gomez, full of goals since Andries Jonker took over as the VW club’s coach in late February and netting a seven-minute hat-trick in his side’s 3-3 draw at Leverkusen on Sunday, the fourth-quickest triple in the history of the Bundesliga.
All his goals coming in the last ten minutes, Gomez’s exploits should have been enough for a remarkable win, turning a two-goal deficit into a 3-2 lead. But somehow the Wolves managed to let it slip, unable to stop Leverkusen whizz-kid, Kai Havertz levelling at the death.
2. Do the Delaney
On target with a surprise hat-trick in his side’s 5-2 romp at Freiburg, Bremen’s Danish midfielder,Thomas Delaney, might not celebrate goals with the flamboyance of Dortmund ace, Pierre-Emerick Aubameyang – who on netting in the 1-1 Ruhr derby draw away to Schalke, immediately donned one of his trademark masks – but undoubtedly had the widest smile of any player in the Bundesliga at the weekend.
Nominally an anchor man, who does not make a habit of attacking fireworks, Delaney only cost Bremen two million euros when they signed him from FC Copenhagen in January and in double-quick time has become a true Wesersatdion talisman. In their last six Bundesliga matches, Bremen have amassed no fewer than 16 points, a run of success which has considerably reduced their relegation fears.