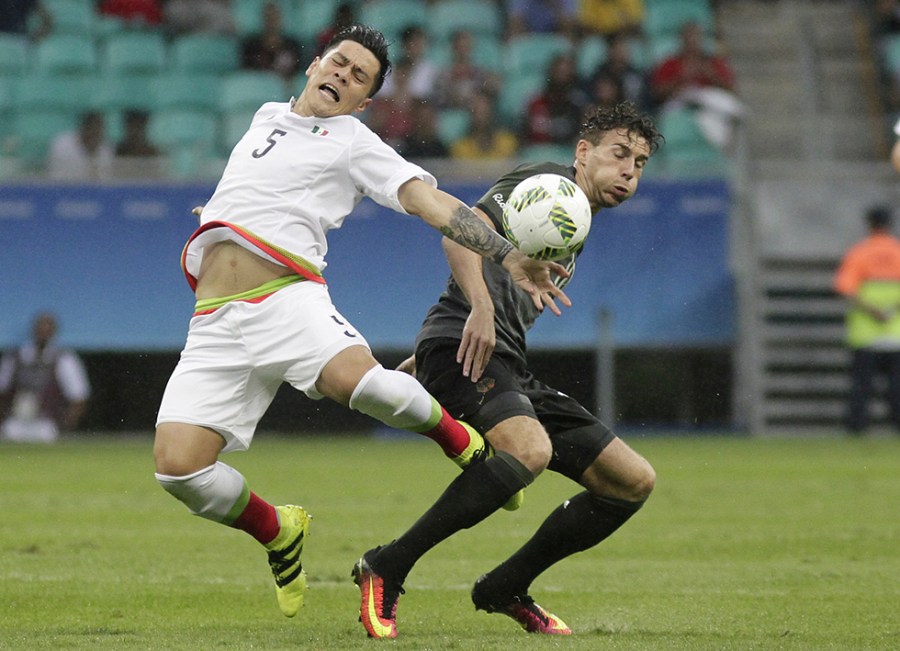 “Hey Leon. This is your home. This is where you belong.” Holding up a banner at a recent Bundesliga game, the Schalke faithful still believe they can persuade hot property midfielder Leon Goretzka to remain at the club beyond the end of the season.
With little time left on his current contract and renewal talks in abeyance, the 22-year-old German international is widely-expected to grab a Bosman upgrade next summer, destination Bayern Munich, Barcelona or the Premier League.
But just like the supporters at the Veltins-Arena, Schalke managing director Christian Heidel refuses to concede that the Royal Blue talisman is en route to the exit. “We don’t want to put Leon under any pressure, we’re only trying to win him over,” declared Heidel on a Deutschland Sky Sports talk show. “We’re doing everything we possibly can in this instance.”
Schalke certainly are ready to dig deep to facilitate a long-term deal with Goretzka. Not only are they prepared to drive a coach and horses through through the club’s wage structure, offering 10 million euros a year, five times the average pro salary there. The new terms of employment also will include specific release clauses, the departure door automatically opened by a substantial bid (thought to be around 70 million).
Part of the Schalke plan is to play on Goretzka’s heartstrings. Born and brought up in nearby Bochum – where he began his pro career at the age of 17 – he is a proud son of the Ruhr soil and as such, could be more receptive than most to a “home sweet home” serenade. The team’s vice-captain, he’s a responsible, intelligent lad and clearly relishes his status as the leader of the Gelsenkirchener band.
Ultimately, much will depend on how he sees Schalke’s prospects. They have looked more competitive this term under new coach Domenico Tedesco and as long as the contract offers him the guarantees he is looking for, he may just decide to defer that big leap forward.
Goretzka thoroughly deserves to be considered one of the most wanted young players in Europe. Now in his fifth campaign with Schalke, he has improved by leaps and bounds over the last 18 months, performing better and better with every week for Schalke and carving out a niche for himself in the Nationalmannschaft.
At last summer’s Confederations Cup in Russia, he arguably was Germany’s most impressive figure and already has amassed six goals in 12 internationals, including a wonderful back-heel effort in a World Cup qualifier against Azerbaijan.
Very much the midfield all-rounder – equally at home in a holding or creative brief – he has more than a hint of the Michael Ballack about him: tall yet technically-assured, forever looking to break forward, steady and sure-footed in the danger zone.
“He’s been an unbelievable asset for us with his intelligence and movement,” said Germany administrative manager Oliver Bierhoff at the Conderations Cup. “He’s simply class.” A viewpoint shared by many.
What We Learned This Week
1. Nouri no more
As many had predicted, winless Werder Bremen finally decided to take the broom out of the cupboard, firing beleaguered coach Alexander Nouri. In charge at the Weserstadion for 14 months, Nouri led the northerners to an excellent eighth-place finish last season. But found the seas far too choppy to navigate this term, his side bedevilled by a marked lack of firepower (a paltry three goals in ten fixtures).
2. Fair shares
Taking things step by step seems to be the Wolfsburg way at the moment. Ever since Martin Schmidt took over as coach last month, one-point hauls has been the order of the day, with their 1-1 draw at Schalke on Saturday, the VW club’s sixth consecutive draw. ” It’s not an especially cool situation, ” said Schmidt. ” No one wants to be the king of draws. “