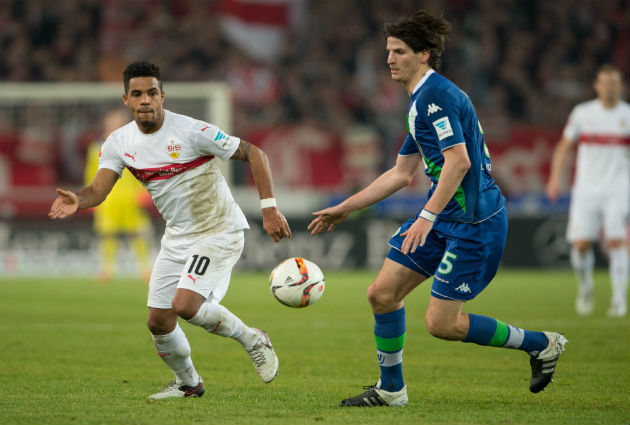 Norwich’s 3-0 loss to Bournemouth looks to have forced manager Alex Neil into the market for defensive reinforcements.

The Canaries have announced the signing of Switzerland international defender Timm Klose from Wolfsburg for a reported fee of £7.5m

Klose will provide Norwich with defensive stability during their relegation campaign. The signing follows the imminent arrival of Steven Naismith from Everton for £8.5m.

Norwich boss Alex Neil said: “Timm has got plenty of experience, having played in the Bundesliga, in the Champions League, and for his country, which will be an asset to us.

“As a player, he has got good technical ability and he’s solid in the air. He can also play at either right centre-back or left centre-back.

“We’re delighted to have completed this deal and to have added Timm to our squad.”

As well as having great technical and aerial presence, Klose has plenty of international and European experience for club and country.

He has 12 Swiss international caps – he appeared for Switzerland in their game against England during the European Championships qualifiers.

However the allure of Premier League and playing football in England proved to be a temptation that Klose could not refuse.

He said: “It was always a dream to play in the Premier League and Norwich have given me a big chance.

“Now I want to give everything I can to be a good player in this league.

“When I came here and saw the training ground, the stadium, and everything – it was fantastic.

“This place smells like football, and that’s how I want to play.

“I knew that my agent (Gaetano Giallanza) played for Norwich, so I’d heard some good stories. I knew about the history of the club.

“When I looked up the schedule and at all the next matches, I was pretty excited. I’m happy to play against great teams and good players, and to improve my own game and reach the next level.”