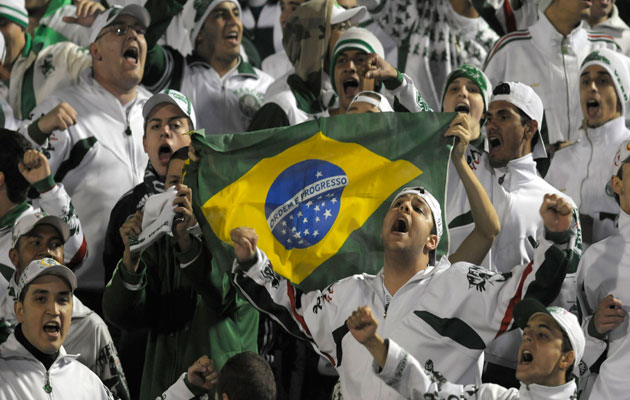 Violence has returned to Brazil when a 21-year-old man died after clashes before Sunday’s Palmeiras-Santos game.

Police say the man was run over by a car after he and other Palmeiras fans went onto a major highway to try to ambush two buses carrying Santos supporters in Sao Paulo.

Four fans remained hospitalized, including one with a gunshot wound.

Four people have been detained.

Police had to partially block the highway that links the city of Santos to Sao Paulo for nearly two hours.

Police said Palmeiras fans tried to block the buses and used various missiles in the attack against the Santos supporters.

It was just the latest in a lengthy list of deaths connected with Brazilian football in recent years with local sports newspaper Lance reporting that more than 200 fans have been killed in violence since 1988.