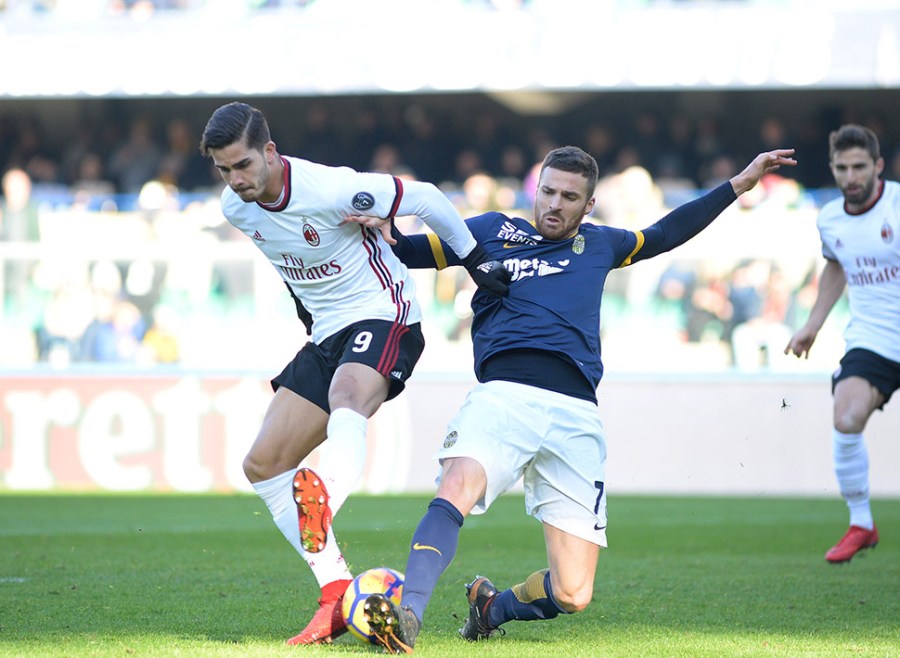 No results, no party. Right now, up at Milanello, they are running low on Christmas spirit. After AC Milan’s embarassing 3-0 away defeat to second from bottom Verona on Sunday, the club went into a bah, humbug mode worthy of Scrooge and opted to ban Christmas.

That is, the players have been summoned to an indefinite training retreat at the Milanello training ground “until a date to be decided”.  Rather than getting out their best bib and tucker for the annual Christmas dinner at the Hotel Excelsior Gallia in Milan on Monday evening, the players were packing their wheelie bags for a protracted stay in the rural quiet of Milanello, not far from the Italo-Swiss border.

The Christmas festivities this year were always going to be untypically curtailed because of the fact that, on the eve of World Cup year 2018, Italian football for the first time will not be taking its traditional winter break. Not only will be there be full Serie A programmes on the next two weekends, December 23 and 30 , but also  two Italian Cup quarter-final ties are due to be played next week, on Boxing Day and on December 27 respectively.

What is more, one of those two quarter-final ties sees Milan pitted against their city cousins, Internazionale, in an unprecedented Christmas city derby that is generating a febrile search for tickets amongst the Milanesi tifosi. So, all in all, the Milan players (and the Inter ones, too) were never exactly going to have much of a Christmas break.

However, after their miserable defeat by Verona on Sunday, the Milan players were basically told that they would have to stay behind after school for some intensive grinds. After all, the fixture list for the next ten days sees Milan face three games which at the best of times would give them pause for thought but which, in their current demoralised state, are likely to prompt serious angst –  namely, home to Atalanta next weekend, the Cup tie city derby on the 27th and then an away tie with Stefano Pioli’s Fiorentina.

Little wonder that when coach Gennaro Gattuso, appointed at the end of last month, sat down with his staff and club directors at Milanello on Monday to analyse the situation, the meeting went on all afternoon. They had plenty to discuss, ranging from the recent poor results to the UEFA ruling of last week which basically saw European football’s governing body deny their request for a voluntary financial agreement that would have temporarily exempted the club from the financial fair play rules, with UEFA stating: “(there are) still uncertainties in relation to the financing of the loans to be paid back in October 2018 and the financial guarantees provided by the main shareholder”.

Given that new Chinese owner, Mr. Li Yonghong had to borrow €308 million from the hedge fund firm, Elliott management, last April in order to close the €740 million purchase of Milan, UEFA’s thumbs down was hardly a surprise.  That €308 million must be repaid by October 2018, at an 11% interest rate, bringing the repayment to approx. €380 million.  If the club cannot repay the loan, then Milan becomes the property of Elliott management.

UEFA’s ruling was no surprise but what could not have been so clearly anticipated was a poor seasonal start which currently puts Milan in joint 7th with Atalanta. So far, the change of coach has worked no miracles. In three Serie A games, Gattuso has drawn with bottom club Benevento, beaten lower table Bologna and lost to Verona.  In the meantime, he has also lost to Croat side Rijeka in the Europa League and, ironically, beaten Verona in a last-16 Cup game, also last week.

You might be tempted to conclude that Verona have cast some sort of spell on Milan. Famously, they have twice beaten Milan at home in late season games, in 1973 and 1990, which cost Milan the title, earning them the knickname, “Fatal Verona”.    When Milan won their cup tie at the San Siro last week, beating Verona 3-0, one or two sage commentators pointed out immediately that it would be a different story when the two teams met up again four days later, this time in Verona and this time in Serie A.

So, indeed it proved. After the game, the hapless Gattuso, probably the Milan figure with least responsibility for the present situation, could only comment: “Until the first goal, we played some good football and created plenty of chances, but then, at the first sign of trouble, we collapsed as we have so often this season. We need to understand why we collapsed like that… we don’t know how to react when we go behind. There are no excuses, we made fools of ourselves.”

Gattuso cannot say it but, in this post-Berlusconi era at Milan, factors such as financial uncertainty, a new club administration, a €220 million transfer campaign that has so far not delivered and a fitness training programme gone badly wrong are beginning to look like “teething problems” that will not be easily resolved.

Still, a win in that city derby would do a lot of good for morale. Indeed, perhaps the only bright light on the Milan horizon this weekend was the news that their city rivals, Inter, got it all wrong in a 3-1 home defeat by Udinese which saw them knocked off the top of the table.  At times like this, a little schadenfreude works miracles.