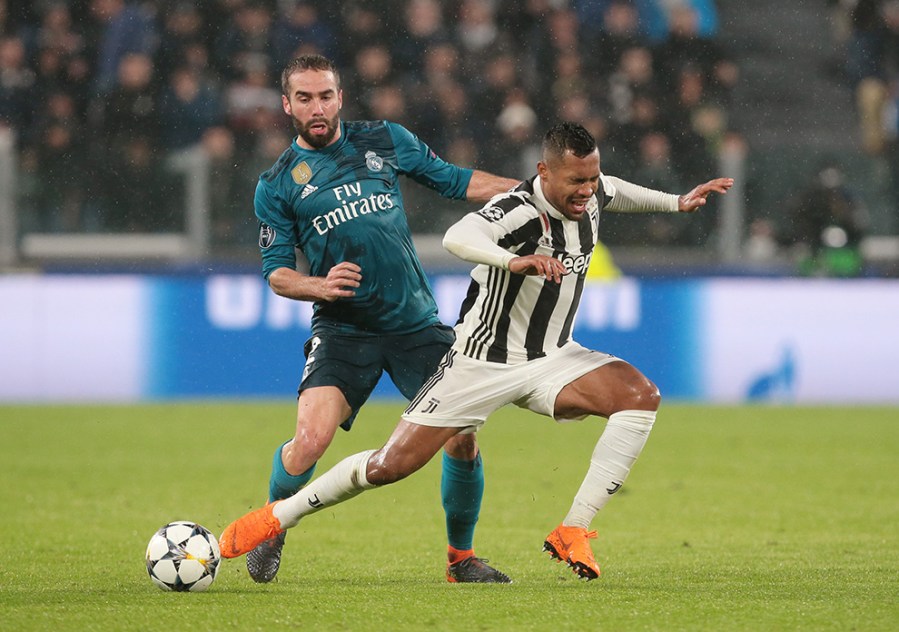 Paddy Agnew’s Notes from Italy: Will the Wounded Lion Roar?

At the end of a painful week for Italian football, you would have to ask if any form of Champions League redemption is even remotely possible this week.   For the third time in the last year, Spanish football put three goals between itself and Italian football last week when, of course, Juventus lost 3-0 to Real Madrid in Turin on Tuesday, only to be followed by Barcelona‘s 4-1 drubbing of AS Roma at the Camp Nou on Wednesday.

Just under one year ago, Juventus were bitterly disappointed when losing the Champions League final 4-1 to Real Madrid in Cardiff.   That disappointment was all the harder to absorb both because Juventus had gone into the game really fancying their chances and also because of their excellent first half performance against Real.

Four months later, Spanish football put another one across Italian football when comprehensively outplaying Italy to win their September World Cup qualifier in Madrid by 3-0. That defeat, of course, sent Italy into the play-offs and down the road to eventual elimination by Sweden. In the meantime, there was another painful little moment ten days later when Barcelona upended Juventus 3-0 in a Champions League group game.

Unlike last Tuesday night at the Juventus stadium, that Camp Nou defeat by Barcelona had but limited consequences.  Juventus stumbled but they remained in the Champions League race.

This time, however, even the most die hard Juventus fan knows that the Old Lady has not a snowball’s hope in Hell. After all, all they have got to do is score four goals and concede none at the Bernabeu. Not only have Real won 34 of their last 40 Champions League ties at home but on the only occasion when they lost at home, 3-4 to Schalke 04 in a 2015 second round tie, it mattered not a fig since Real went through 5-4 on aggregate.

To eliminate Real, the Old Lady would have to pull off a performance even more remarkable than the stupendous second goal scored by Cristiano Ronaldo in Turin last week. In reality, Juventus will travel to Madrid hoping to limit the damages and avoid any further embarrassment.

Despite all that, Juventus coach Massimiliano Allegri keeps on talking a good match. Before his team’s by no means untroubled 4-2 away win on Saturday against bottom Serie A team, Benevento, he described his Juventus as a “wounded lion”, adding: “But we’re not dead yet. Things like that (the 3-0 defeat) sometimes happen in football, especially against very good teams in the Champions League. For 60 minutes, we had played well the other night but, in football, anything can happen and things can go belly-up.”

As he sets out on this most impossible of Mission Impossibles, Allegri can take some small comfort from the historical consideration that on the last four occasions the two teams have met in two leg, Champions League ties, Juventus have qualified. The most recent such occasion came in the 2014-2015 semi-finals when the Old Lady was the last team to eliminate Real from the competition, winning 2-1 in Turin and drawing  1-1 in Madrid.

One suspects, though, that the record book will prove of little comfort to Allegri.  Rather, looking back to Tuesday, he must wonder if he and his team did not get their approach all wrong. Was there a subconscious temptation to watch and wait, in the hope that it might all be decided in the return leg where Juve might have hoped to snatch a goal that would see them through?

How else do you explain the very non-Juventus play which allowed Ronaldo – not exactly an unknown figure – snatch a 3rd minute goal that, yes, was brilliantly taken but which also owed much to poor defence from De Sciglio, Barzagli, Chiellini et al? As if that was not disastrous enough, Juventus then doubled the dose when those battle hardened warriors, Chiellini and Buffon, made a howler of Sunday Morning Kickaround proportions to set up the Ronaldo aerial masterpiece.

Painfully, too, that mess-up came on the counter attack and during Juve’s best period. That is the sense in which when Allegri says that his side “had played well” for 60 minutes, he is not pulling your leg. To go on from there to concede a third goal and to have Argentinian Paulo Dybala sent off (and thus missing on Wednesday) was the final blow. That was Good Night, Irene and Bye, Bye Champions League for this season.

Likewise, it would seem to be “Buona Notte”, too, for Roma. They also have reason to feel that Dame Fortune was not always on their side. Not only did they concede a crucial, unlucky, own goal just before half time but they were also denied at least one clear penalty (foul on Bosnian strike Edin Dzeko) with the score on 0-0.

Roma, too, will feel that Barcelona’s first goal had cruelly come at the end of a first half in which they had more than held their own.   However, as Roma prepare to entertain Barcelona for the return leg in Rome on Tuesday night, it is a sobering thought to reflect that the Catalan side’s 4-1 win last week came on a night when Barcelona were not even playing especially well.   What if they, and that Messi fellow, refind their best form in Rome?

Finally, to end on a positive note – from an Italian perspective, the best moment of the week came seconds after Ronaldo had scored that stunning goal in Turin.  Those 38,000 Juve fans who, until then, had jeered and insulted Ronaldo, immediately broke into sustained applause, in obvious recognition of a very special moment.    Italian fans do not always cover themselves in such truly sporting glory.